We highlight five of the more than 80 posters created by our members to celebrate the 60th anniversary of the association’s founding. 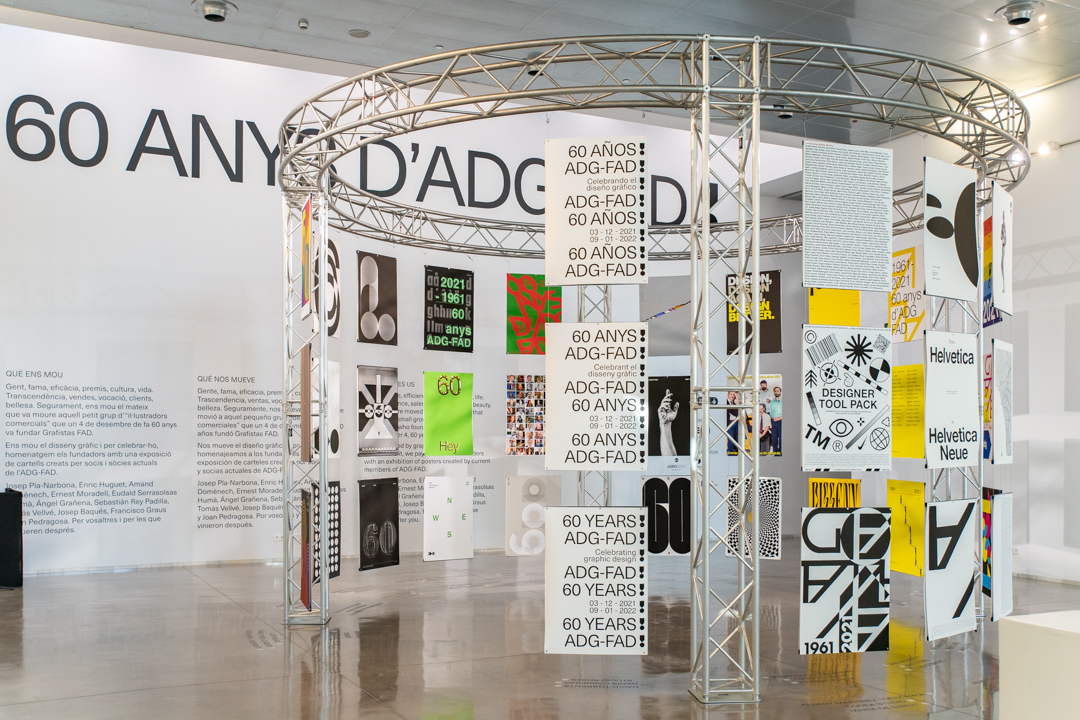 Founded on December 4, 1961 under the name “Grafistas FAD” by a group of creators who were then called illustrators or commercial artists, ADG-FAD celebrates 60 years of experience that have been key in defining the profession of graphic design and communication. visual, in its fantastic evolution and in the good health of the discipline.

The best example of the vitality of the profession is the latest initiative presented by the current board, an exhibition of commemorative posters created by current members with the aim of celebrating and paying tribute to its founding pioneers and to these 60 years of union and promotion of the discipline. The results can be seen in a free exhibition in the main lobby of the Disseny Hub Barcelona until January 9, 2022.

If you have not yet come to see it, we invite you to do so through a small selection of five of the posters that are part of the show, presented by its creators, to whom we have also asked what it means, for them, to be part of the association. 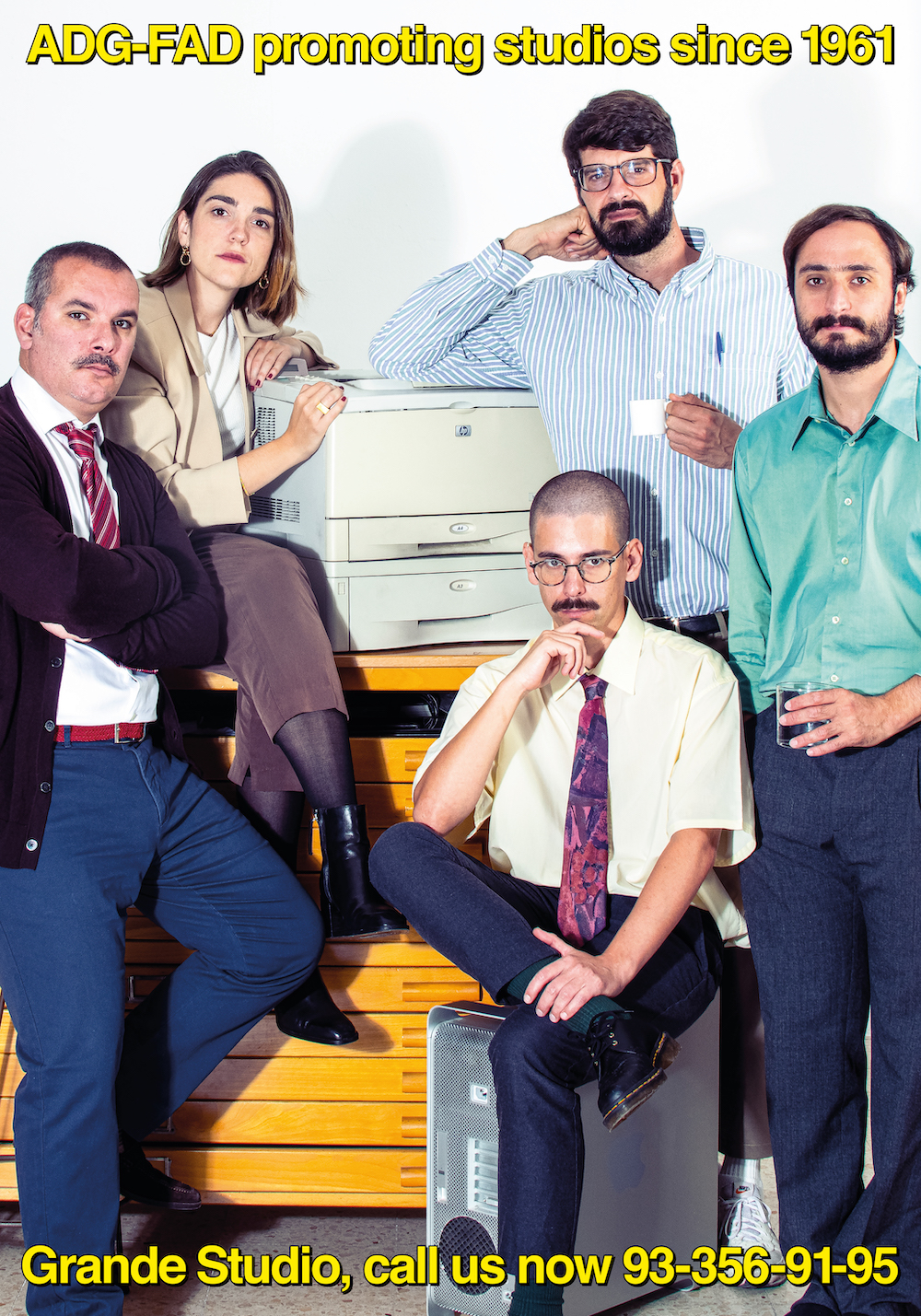 It means supporting and valuing the association’s effort to defend the interests of our profession.

What do you want to express with your poster?

We wanted to highlight one of the objectives that the association has had since its first years of foundation, that of promoting and giving visibility to creatives, graphic artists and design studios. We believed that celebrating its 60th anniversary was an ideal occasion for it to continue with its mission and make us a promotional poster. Thanks ADG-FAD! 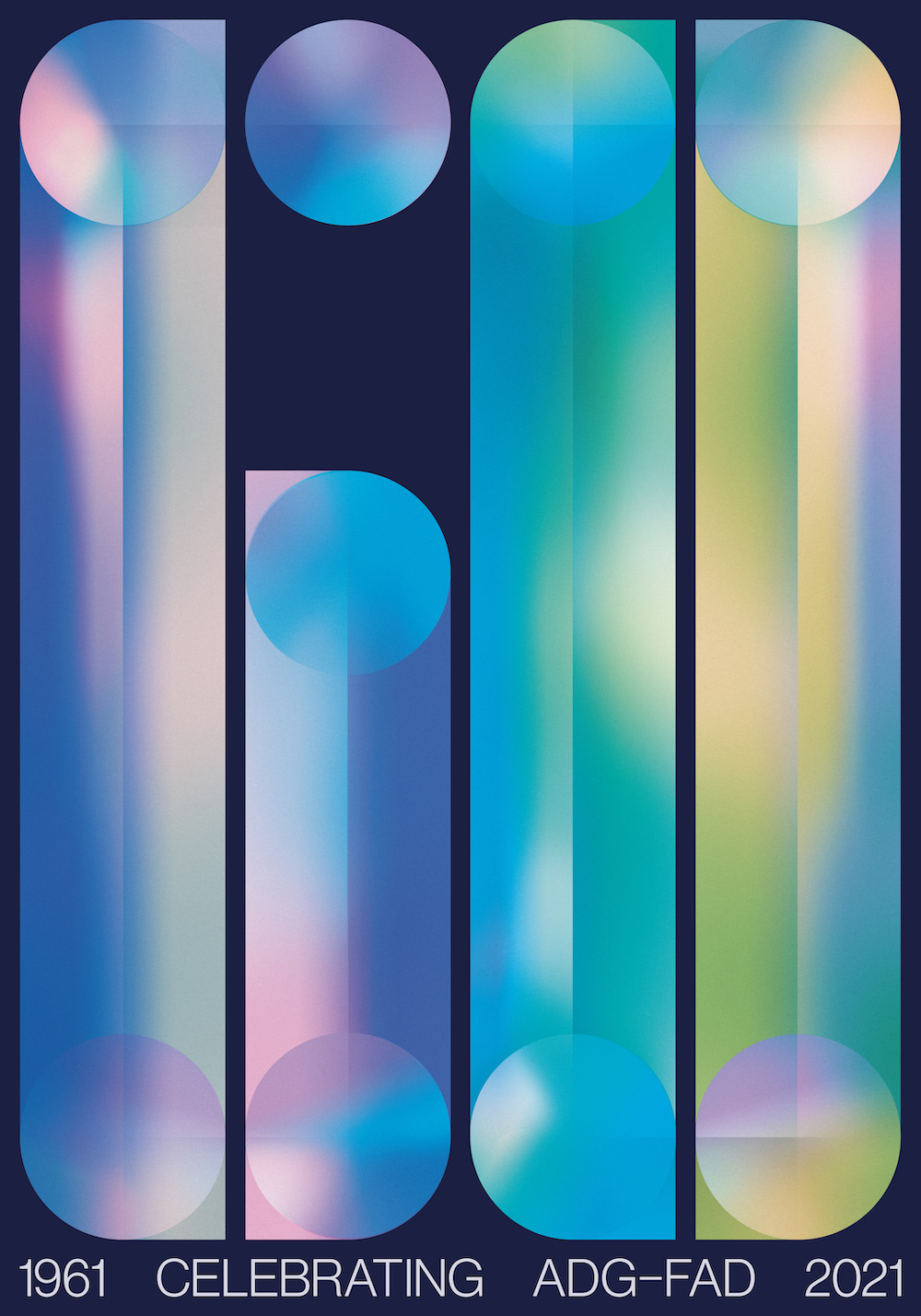 For me it means enjoying design and the culture that is part of it, discovering and connecting with other ways of understanding and doing, exchanging visions and concerns and immersing myself in new languages. It also means learning, having fun and enriching myself, sharing the same passion.

The poster refers to the process of designing and communicating, which is actually an act of materialization of abstract elements, such as ideas, values, concepts or messages. The number 60 evokes the image of a crystal or mineral, becoming a visual metaphor for the union, cohesion and synergy of the members of ADG-FAD, as well as the solidification of the association during the passing of those years. 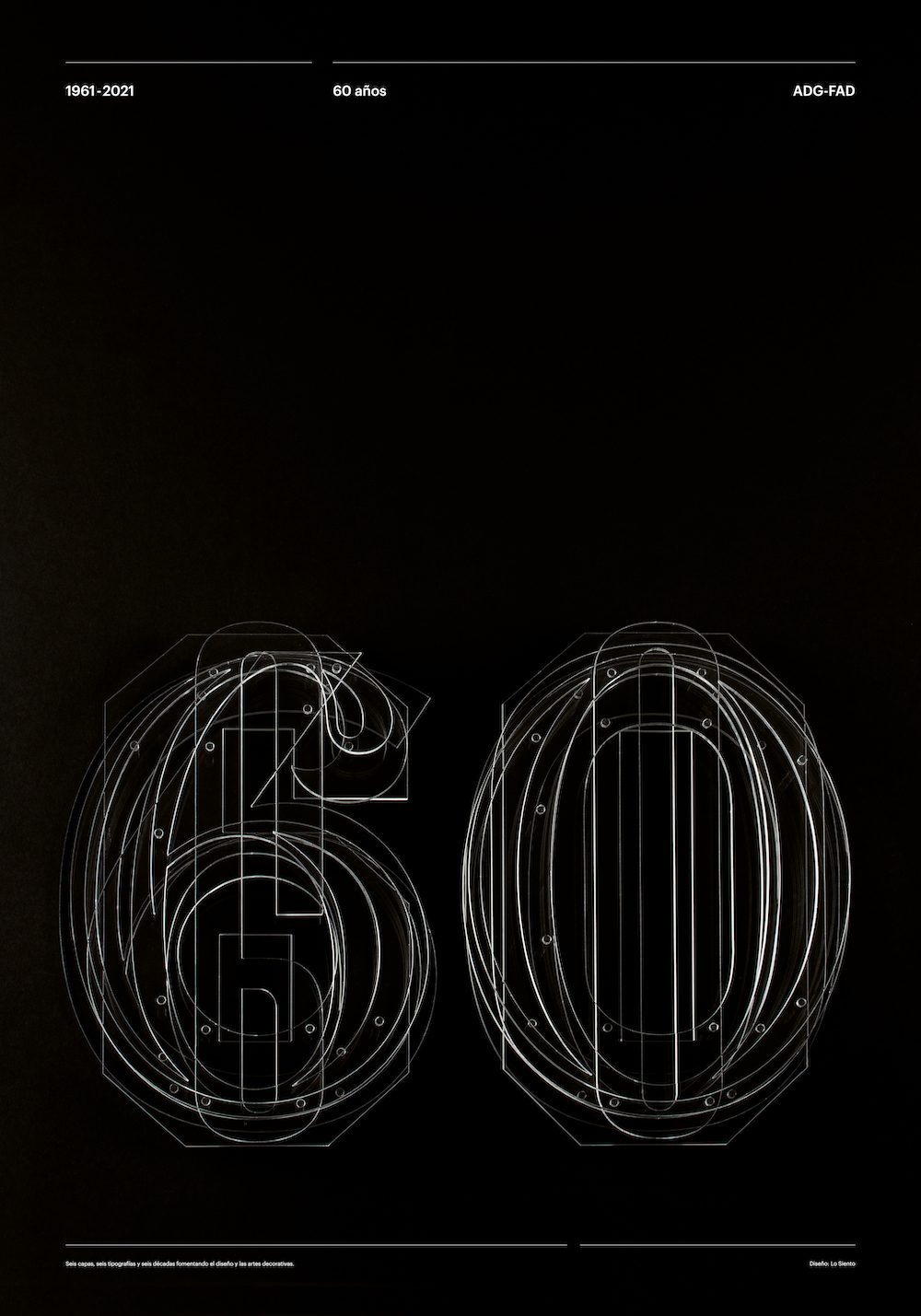 What does it mean for Lo Siento to be part of ADG-FAD?

For us it is an honor to be part of the ADG-FAD for being the entity that disseminates, promotes and protects our work as designers. Not only that, but being part of this association makes us feel proud to be on a platform where we share and coexist with designers and studies we admire. Long live the ADG-FAD!.

It is a tribute to the passage of time, to six decades of work and dissemination of the best design. Sixty years of effort and constant work, which we have wanted to stack and synthesize in this idea. A poster that typographically illustrates the six decades of the ADG-FAD. Six sixty, with six different typefaces, and which, when stamped on a physical and transparent support, draw the fusion of time, its lines, its shapes and its contours, resulting in a numerical-typographic image. 6 decades, 6 layers, and 6 typographic styles. 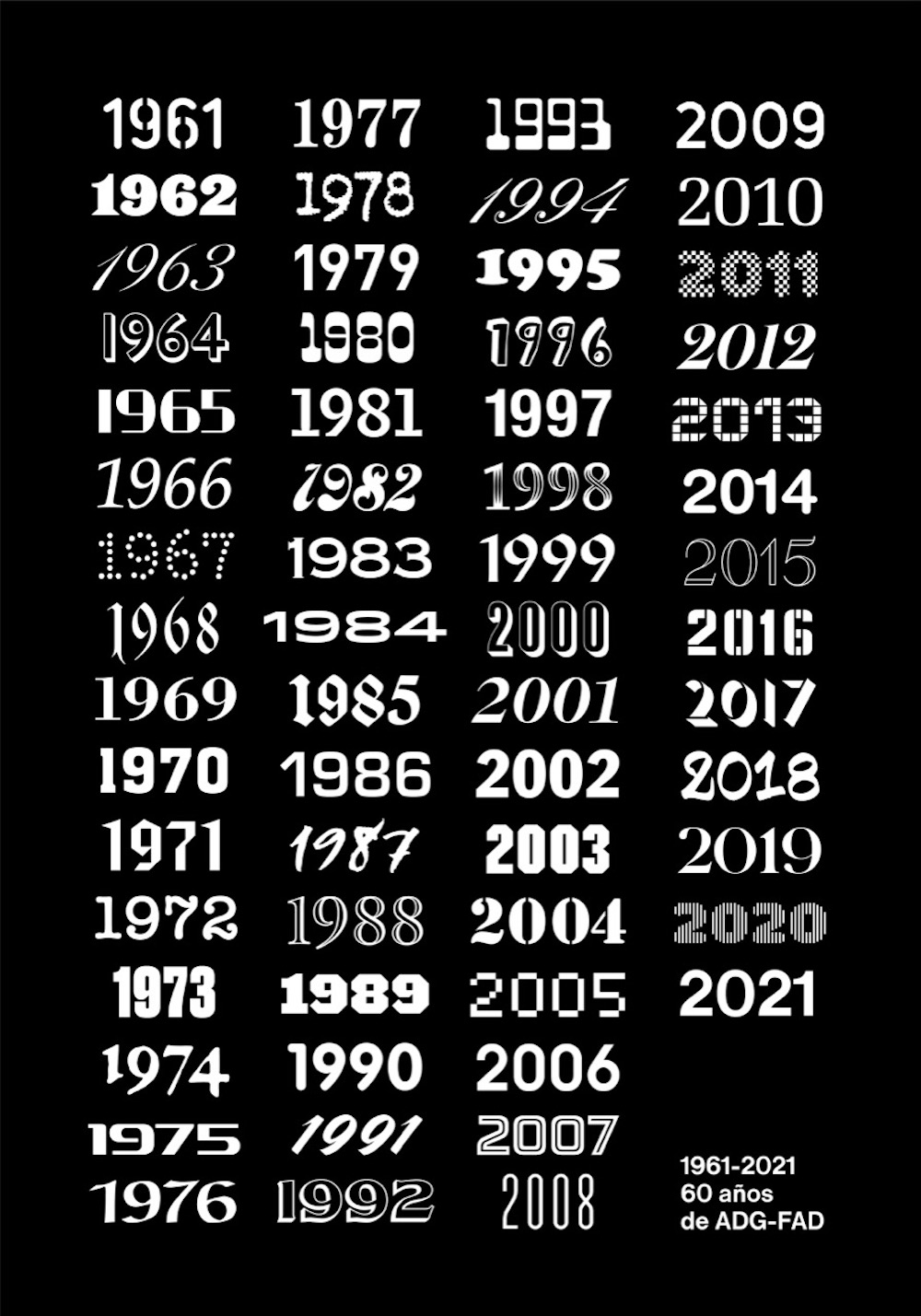 What does it mean for Moruba to be part of ADG-FAD?

For us, being part of ADG-FAD has a strong emotional character. Being members of ADG-FAD allows us to be connected with other designers and connected with the trade we love. That feeling of connection and belonging to ADG-FAD gives us energy to continue fighting every day to make good design.

Our intention is to express the variety of styles, ways of thinking and, ultimately, ways of designing of all those partners who have been part of ADG-FAD throughout its 60-year history. A plural, eclectic, diverse and creative collective that has helped build the history of graphic design in Spain. 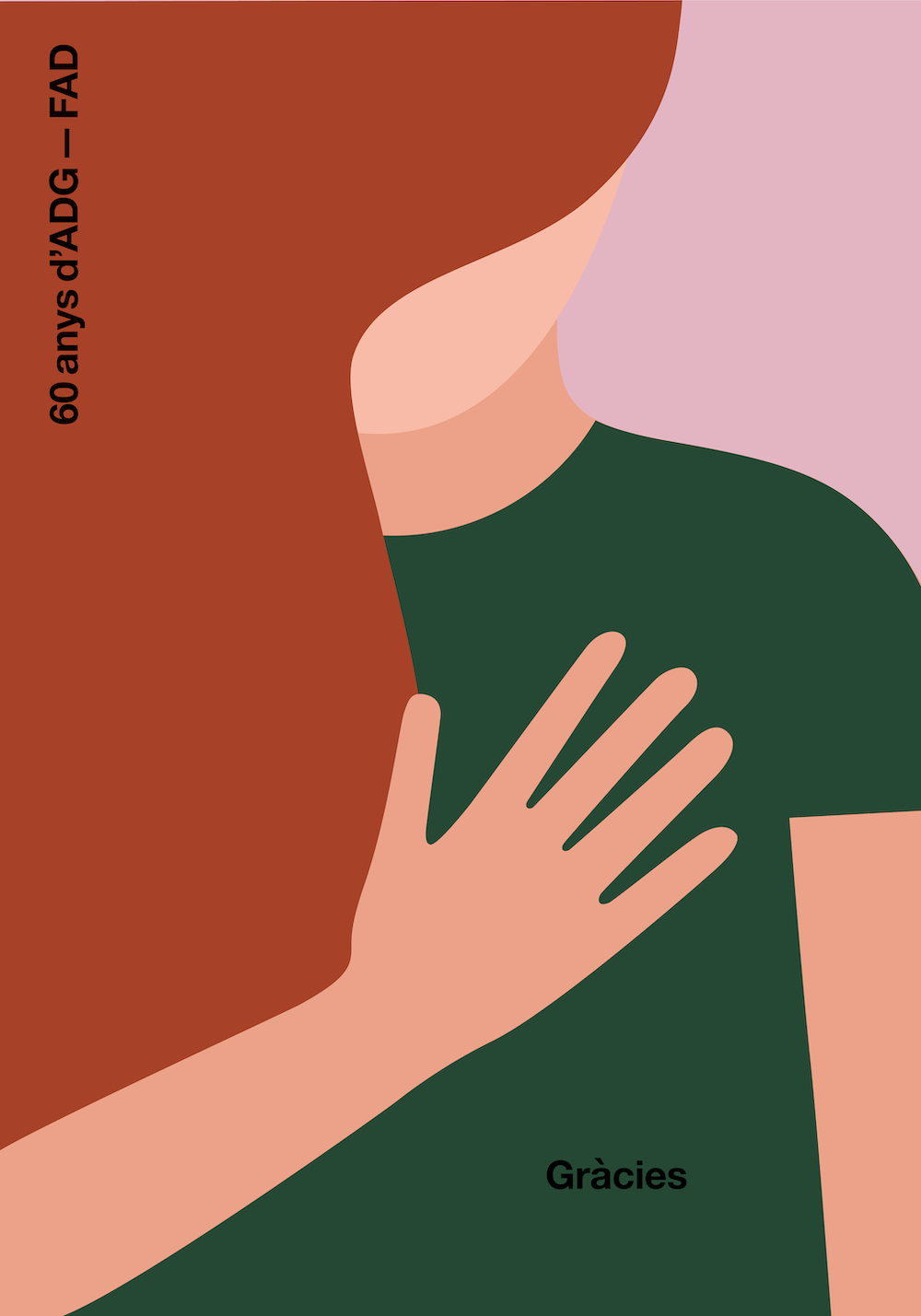 Being part of ADG-FAD keeps me updated and in contact with colleagues and matters of the profession. It takes me out of my personal role and offers me a way to do something about the things that I think can be improved in our profession.

To start with, I wondered what to say to the ADG-FAD after a relationship of twenty-somethings. A relationship that is not always close, but rather often distant due to my personal circumstances as a woman and a mother, and sometimes even critical, for not identifying with the egos and vanities that the profession brings with it.

During my reflection I realized that I had not always been grateful and fair to ADG-FAD. And it was as soon as I wanted to take advantage of the moment to share, recognize and celebrate the value of his presence in my life and that of my professional colleagues; to become a mirror in which to see my strengths and weaknesses as a designer often reflected.

The poster is a Thank You to ADG for existing. Thanks to those who founded it, to the partners who make it possible to maintain it, and to those who take care of it on a daily basis, taking care of us and our profession. “When you drink water, remember the source”, goes the proverb.