ADI Making Of… Design and Cinema

Based on three  professional experiences, an overview will be drawn to understand how objects, both physical and virtual, form part of the material culture that cinema reproduces and models. 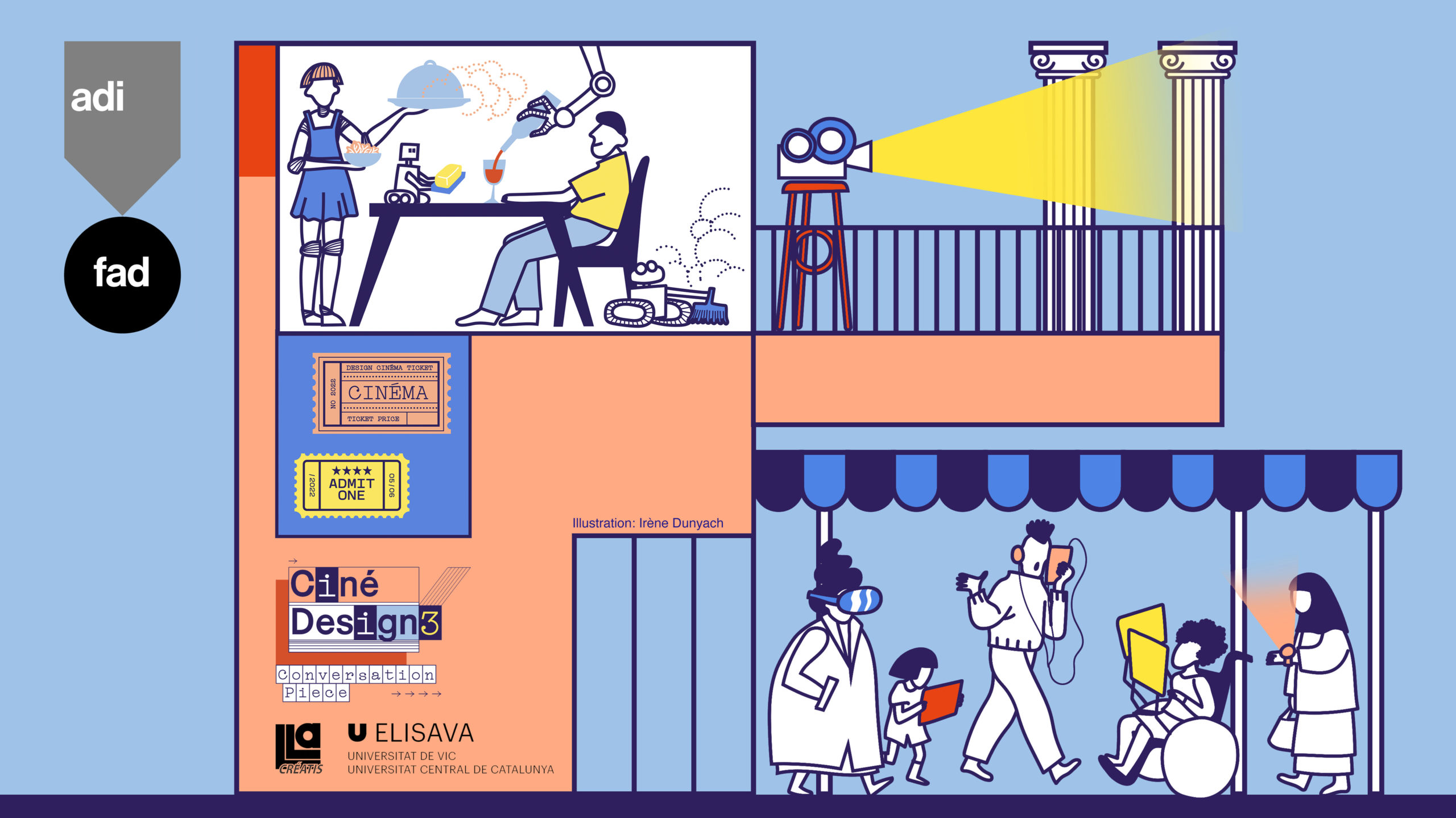 Objects have always been present and used in films and series, sometimes even specially designed. And not only those that appear on the screen, but also those necessary for the making of the film. Also, design professionals use cinematic narrative techniques to develop or present their products.

The study of film from a design point of view can lead us to understand cultures of the past, to imagine worlds of the future, to analyse technological innovations, or even to see what image the representation of the sector offers in films.

This edition of ADI Making Of does not follow the traditional format, but offers three different but complementary profiles, acting within the film sector and with a strong connection to product design. Based on various professional experiences, an overview will be drawn to understand how objects, both physical and virtual, form part of the material culture that cinema both reproduces and models.

Guim Espelt Estopà, designer and design researcher.
The session will be presented by Guim, who is interested in the relations established between design and fiction, specifically cinema. His doctoral thesis is dedicated to the representation of the practice of product design in cinema.

Atrezzo Artigau, a company that has been making stage accessories since before the birth of cinema.
For six generations, the Artigau family has been dedicated to the collection of all kinds of original and contemporary objects from every era, which have appeared in a large number of films. Artigau acts as supplier and consultant for all kinds of national and international artistic productions.

Maite Sánchez Balcells, art director for film and television.
She has worked on films by José Luís Guerín, Isaki Lacuesta, Cedric Kaplish, Antonio Chavarrias, Jaime Chavarri and Laura Jou, on television programmes, and on series for digital platforms such as Movistar+ and TNT. Currently, he also teaches Art Direction at the ECIB film school.

This event is part of the CineDesign3 programme, organised by Elisava and LLA-CRéatis (University of Toulouse – Jean Jaurès).