Design pitches and tenders are a reality in the creative sector but they also present big threats. How could we advocate for better practices? 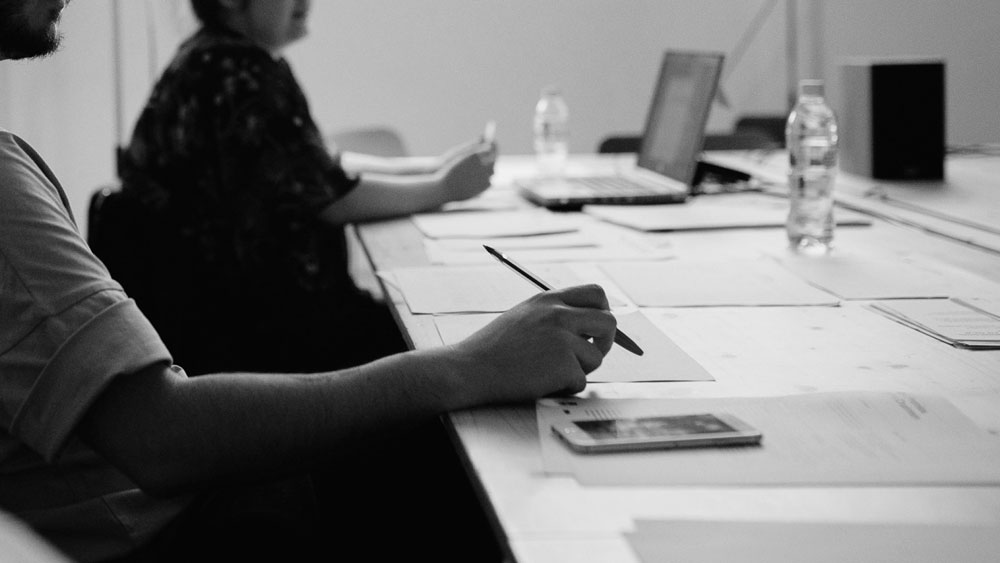 Design pitches and tenders are a reality in the creative sector and precisely for this reason and in order to protect the work of its professionals, it is necessary to ensure that they are carried out in the best possible standards. To this regard, the board of our association of graphic designers, ADG-FAD directed by Álvaro Sobrino between 2008 and 2012, was especially incisive, writing a manifesto for best practices that denounced certain practices. In this article, we have a look at the European regulation regarding these practices and feature some statements from graphic design professionals to reflect on the reality of the sector outside of Spain and the need to advocate for better practices.

The European Directive 2014/24/EU establishes minimum homogenizing rules for competitions in the public realm in which the monetary value of the order exceeds the threshold of 443,000 euros. European standards ensure that the award of higher value contracts for the provision of public goods and services must be fair, equitable, transparent and non-discriminatory. For lower value bidding or private tenders, it is necessary to have a look at the specific national directive of the country in which the tender takes place. Given the difficulty to find some examples of national directives, which are often unexisting or very difficult to find, we have reached out to creative professionals in UK and Portugal to gain some local insights.

Charlie Abbott, founder of the London-based graphic design studio work-form rightly points out that the common dynamics of pitches and tenders especially threaten small-scale studios that can’t support the time and resources needed to participate in them:

“When we started work-form we had quite a clear idea that we would not end up ‘working for free’ for anyone. However, as with so many things, it turned out that the reality of operating as a small graphic design studio was quite different from our initial perceptions.

As a result, and at times against our better judgement, over the last five years we have found ourselves in the position of presenting ideas relatively regularly, drawing up presentations, offering project outlines and even mocking up artwork files, all for no remuneration.

The terms pitch and tender, while nearly always referring to opportunities to bid for new work, are, it seems, interpreted broadly throughout the creative industries – no job is too small, or design fee too low, to turn into an opportunity to hear proposals and presentations from as many designers or studios as you would like to invite to the bidding process.

What exactly your prospective clients expect from the pitch seems to also vary widely. It could be as simple as a short meeting over a cup of coffee, or as complex as producing illustrated page spreads, website drawings and animations, well before there is a guarantee of securing the project.

This is not to say, however, that we cannot see the usefulness of the pitch as a process. Of course, it makes perfect sense that, if you are embarking on a long-term and potentially costly rebranding project, you want to be sure that you have chosen the right team of designers to undertake the work. Similarly, if the money you are investing into that project comes from a government or publicly owned organization, then the same would apply.

At the same time, there should be an acknowledgement of the time and resources that pitches and tenders require, and the level of detail involved in each pitch or invitation to tender should be assessed by prospective clients on a scale that takes into account the size and fee attached to the job.

If you are looking to produce a small print run of an annual report for example, then a few phone calls or visits with different studios should be enough to help you decide who you would like to work with. At the other end of the scale, if you are embarking on a large-scale website redevelopment project with a large budget then perhaps you need to see much more detail from a shortlist of potential designers about their approach. However, as it is likely to take these studios some time to put this together, it would not be unreasonable to suggest remuneration for this effort.

From where we stand, it often appears much more likely that larger studios, who have the time and resources to put together detailed pitch documents regularly, and for no fee, are also much more likely to be awarded the projects that they tender for. It is a process that excludes those designers and graphic design studios that cannot afford to commit the same level of time and energy to work that they will not be paid for.”

The problem, in any case, isn’t the scale of the studios that decide to tender for these pitches, but instead, the abusive conditions that some companies set in their tendering process, expecting studios to invest hours of work without compensation. To avoid these unfair practices that translate into the inequalities highlighted by Abbott, institutions like The Design Council of England, for example, have also published, like ADG-FAD, guidelines for good practices regarding the selection of designers for new commissions:

“In a creative pitch, you’re asking designers to present creative ideas to tackle the problem you want the project to solve, and you should expect to pay a fee for this.

-“How to commission a designer” guide by the Design Council of England.

There isn’t, however, a graphic design union that looks specifically after the rights of graphic design professionals in the UK, and that is something that collectives like Evening Class are trying to address through working groups. We have talked to them to know more about the aspects that catalysed their research into unionising and workplace organising, and to know their position in regard to the vulnerability of creative professionals in certain pitch and tender procedures that seem to be proliferating:

“Within a self-organized network we are a working group that is focusing on whether graphic design needs a trade union. The answer is obviously yes: the work of designers and cultural producers of many kinds is clearly comparable to other unionized forms of labor, and all workers deserve such protections.

We set up this working group as a response to the problems of widespread overwork, unpaid internships, cultures of unhealthy working practices that we have observed within our industry as well as in other ‘creative’ industries – such as architecture. Our activities have included writing an open letter to design jobs boards requesting they remove all posts with undisclosed salaries. Jobs boards like this may no longer be able to promote unpaid internships, but there are many other things they could do that would help eliminate or alleviate undue stress in the job-seeking process and confront structural socioeconomic barriers into the worlds of art and design. Their lack of action only perpetuates these conditions.

Unpaid pitching very much falls into this grey zone of (dubiously) legal, detrimental-to-industry behaviour; in addition to unpaid speculative pitch work, you will likely have little to no idea of how much the design fee would be were you to win the tender. In our experience (working on smaller commissions) there is little protection or due diligence in place to inform, remunerate or protect the prospective worker – how many times, we wonder, have people thought the pitch had concluded only to receive a message from the client referring to a second or third stage of the process.

We observe these inequalities existing against a backdrop of false progress. For example, the idea that freelancers are freer and more empowered without contracts, or that working in a studio is somehow fundamentally more fun and less alienating than working in a traditional office, and so on.

That being said, all of our research suggests that it takes a long time to set up a new union. There is, for example, an Artists Union in the UK – but it is not particularly active in terms of legal casework (and its specific membership requirements excludes many working within the cultural sector). We prefer to imagine the future of this project under the umbrella of a pre-existing, agile union, such as United Voices of the World or IWGB. These organizations are mobilizing historically difficult-to-organize groups such as cleaners and couriers, who may work in geographically disparate locations on zero hours contracts.

Embedding the political organizing possibilities of cultural work within an existing grassroots union would also encourage solidarity between precarious workers and articulate the structural similarities of workplace discrimination. A broad definition of cultural work is needed in order to push beyond the positioning of Art and Design practice as a luxury divorced from labor. Institutions must be forced to make this same recognition.

From these statements, we can conclude that even in countries with relatively stronger creative economies like the UK, there is still a lot of room for improvement when it comes to creative pitches.

One type of pitch that specially harms the profession is that which invites participants (without taking into account their professional background), to submit a final proposal for a specific job (i.e. a logo), without providing the necessary brief, without indicating the criteria that will use to select the candidate or the members of the jury that will value the proposals, in exchange for a symbolic remuneration well below the market price and justified in the supposed impact that the winning piece will have.

The multiplication of these dubious practices is what led ADG-FAD to create a manifesto of good practices in 2008, and yet, these kinds of pitches and tenders are still a common reality today. For that, we invite you to review and share our manifesto about pitches and tenders and to guard, as graphic designers or as institutions that promote or need these services, for better practices that allow more transparent, non-discriminatory and fairer tenders.