The powerful trajectory of the artist Aurèlia Muñoz, pioneer of textile art and one of the founders of A-FAD, arrives at the MoMA and the MNAC. 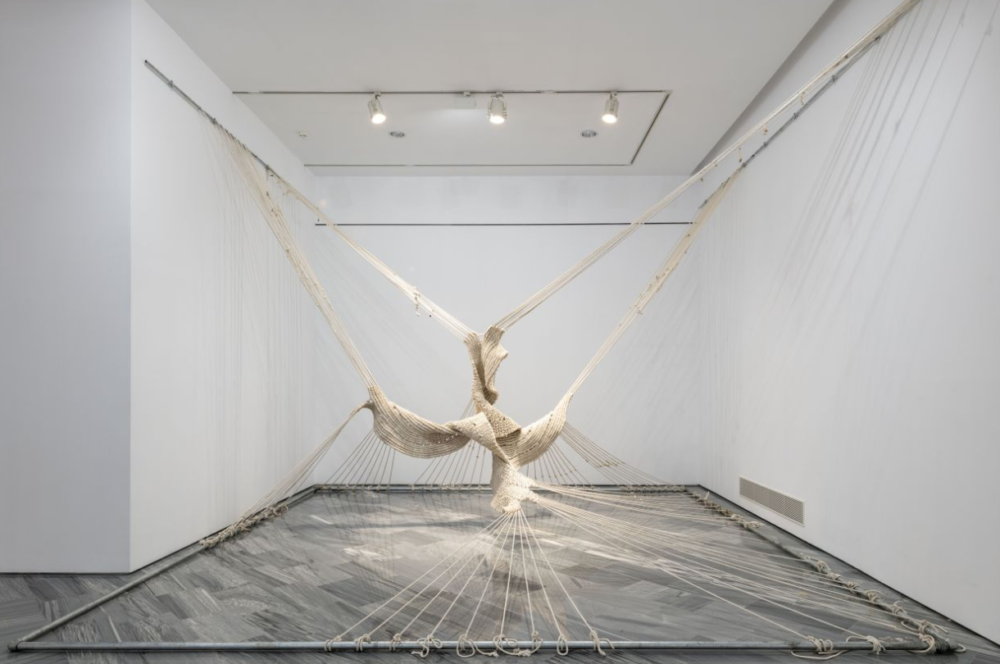 If we were to run a long thread to connect all the places in the world that have pieces by Aurèlia Muñoz (1926-2011) we would surely get a drawing that would have interested the artist. Muñoz, one of the founders of the association of artists and artisans of the FAD, was a pioneer in the use of textiles in contemporary art and this is demonstrated by the presence of her work in museums and collections around the world. The last stitches of this imaginary thread have just left their mark on the new collective exhibition «Taking a Thread for a Walk» at the Museum of Modern Art in New York (MoMA) and at the National Museum of Art of Catalonia (MNAC) in Barcelona, ​​where, from October 24th you can see 7 textile works and a diverse collection of drawings that show the quality, originality, coherence and intensity of Aurèlia Muñoz’s poetics and work throughout the years. 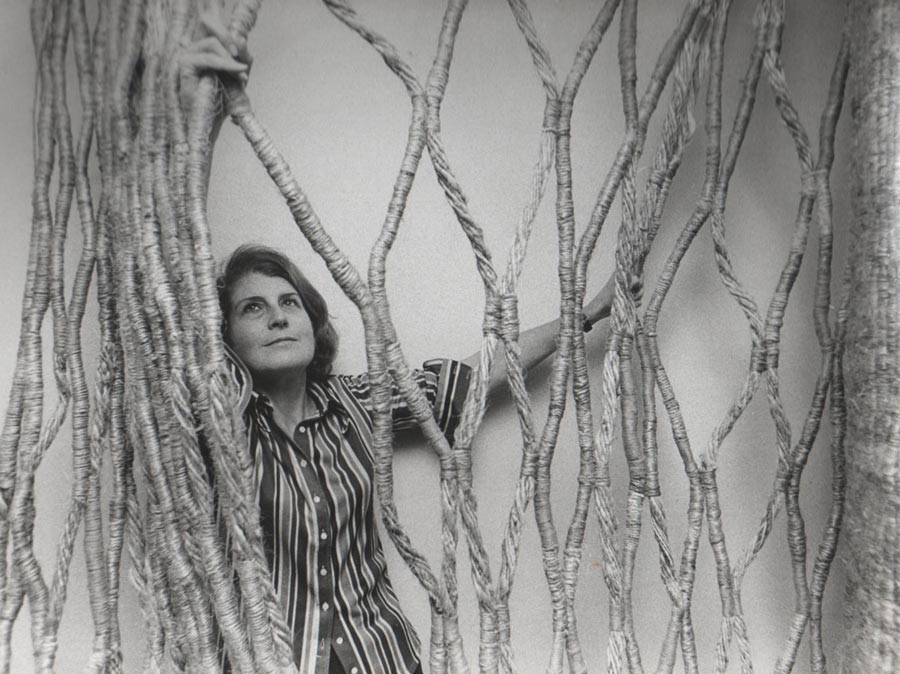 «Taking a Thread for a Walk», talks about the advent of textile as a contemporary artistic discipline, mainly in how the educational reform movements in art and design of the early twentieth century, led by schools such as the Bauhaus, Cranbrook Academy of Art and Black Mountain College recovered ancient textile traditions and raised the textile language to the same level as drawing, painting, sculpture and architecture.

Aurèlia Muñoz however, came to textiles in a self-taught way. Having first experimented with ceramics and screen printing, in 1960 she decided to paint a burlap and that was the beginning of a tireless and dynamic exploration of the medium that led her to make tapestries and sculptures with different techniques such as embroidery, macramé, patchwork, collage and origami

In 1974, Swiss art critic André Kuenzi inscribed Muñoz’s work in a movement he called “Nouvelle Tapisserie” (New Tapestry) for its renewal of the discipline and its disconnection with the industrial world of commercial tapestry. Muñoz, in effect, was a great advocate of manual and artisan work, the vindictive and feminist nature of the use of thread as matter and its intimate connections with other artistic disciplines, not only fashion, but drawing, painting, sculpture, design and architecture.

This transversal approach to weaving led her to collaborate with multiple creators from various disciplines, such as the scenographer Jordi Pericot, or the architects Josep Maria Botey, Jordi Bonet and Daniel Gelabert, and to founding, within the FAD, a new association for the promotion of artists and artisans like her.

Her work shows a constant concern with evolving the expressive capacities of weaving, and the link between knitting and nature, body and space. With nature, not only for the use of all kinds of natural fibers, but for the inspiration in organic forms, which was a constant in her work. And with the body and space for three-dimensionality, changes of scale and the dialogue of her sculptures with the viewer and with architecture.

Muñoz pulled the threads and freed them from the linear and limiting trajectory of the looms to create a free and dynamic universe that has inspired and continues to inspire generations, and not just artists. Her daughter, Silvia Ventosa Muñoz, head of the Textiles and Fashion Department of the Barcelona Design Museum, not only inherited her mother’s passion for textile language, but also interpreted its evolution in fashion history as a series of continuous modifications of volumes and forms marked by the expressive canon of each era with the exhibition «The dressed body. Silhouettes and fashion (1550-2015)». This connection is only a small example of how artistic thinking provides with a steady thread of ideas that are in constant dialogue with history. We must keep pulling and playing with these threads in every possible field.