An interview with Fabrizio Barozzi (Barozzi Veiga) about his experience as President of the Jury of the FAD Awards 2021. 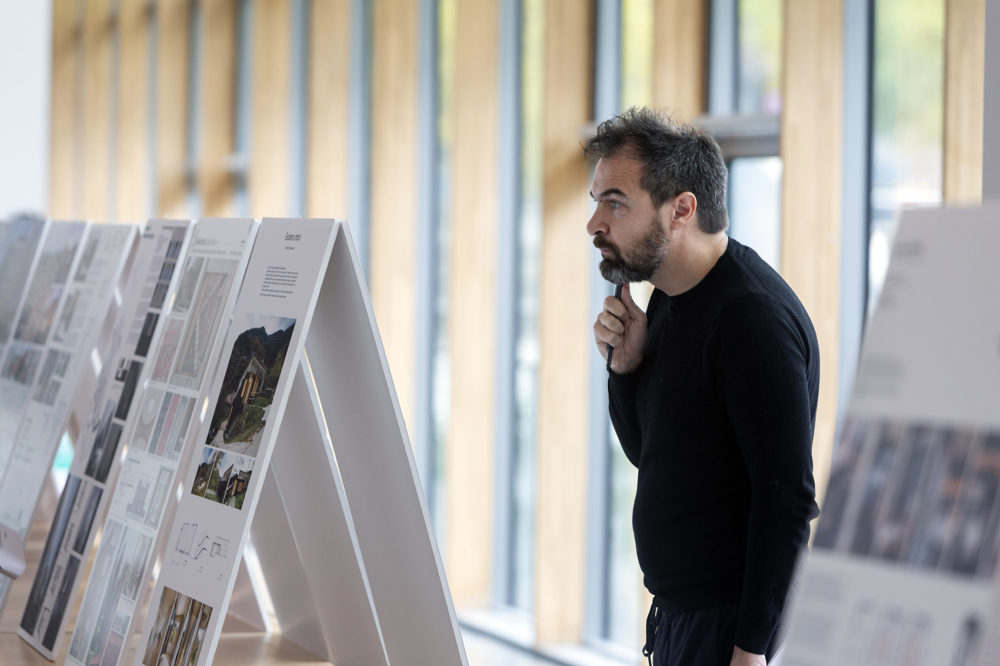 Just two weeks before the finalists for the 2021 FAD Awards of Architecture and Interior Design are announced, we have had a chat with Fabrizio Barozzi, co-founder with Alberto Veiga of the Barozzi Veiga studio, an international architectural office based in Barcelona, winner of the 2015 FAD International Award, and many other awards (AJAC, Mies van der Rohe, RIBA, Chicago Atheneum, AD) and author of projects such as the Szczecin Philharmonic Hall (2014), the Bündner Kunstmuseum (2016), the Ragenhaus Musikschule (2018), the Musée cantonal des Beaux-Arts Lausanne (2019) and the Tanzhaus Zürich (2019).

Has there been something that has particularly caught your attention about the projects presented to this edition of the Awards?

The entire jury has been struck by an issue, a bit predictable perhaps, which is that this year there have been fewer entries submitted than in previous years. This is a very obvious consequence of the COVID crisis. There have been works that have not been finished on time, that have been delayed or that have been paralysed completely. This has been especially the case in the category of Ephemeral Interventions. As the submitted entries need to have been finished in the last year, taking into account that almost nothing could be done 9 out of 12 months, this has had an evident impact on the awards.

Another thing that is striking is that there have been almost no proposals in the public realm. This defines a national panorama of a certain type where perhaps public investment and the effort to make cultural or educational facilities has probably been concentrated in previous years and at the moment there is very little of it. Almost all of the projects have been for housing, public or private. I think this is something that has already shown in previous editions but it tells a lot about the period we are living in.

Have you identified any paradigm shift or focus shared by many projects presented that are worth noting?

I don’t think it’s a paradigm shift, but the projects presented this year also show (somewhat in line with previous years, from what I’ve been told) that the most interesting proposals are those that make good use of very few resources. The shortage of commissions, either public or private, has motivated many projects that try, with few things, with minimal and very precise interventions, to elaborate a coherent project. This is a difficulty, but it is also a positive thing because architecture sometimes manifests itself in all its precision and coherence when it is very brief, very direct, even basic. This is nothing new, it is the continuation of a tendency that has been taking place for a few years now.

Another perhaps more novel thing is the presence of quite a few projects that investigate new construction systems. There are many buildings that explore wooden constructions, for example. Building in wood is something that until a few years ago was a very residual construction method, and right now I believe that it is gradually gaining more presence. There are very interesting projects that reflect on this construction methodology that allows different advantages: reaching important sustainability criteria, discovering innovative, modular construction solutions, for example. There are quite a few projects that use these constructive systems, which I believe that in previous editions were not so present. And above all, I believe that there are areas, such as Catalonia, where it seems that this phenomenon is gradually becoming established. This is important because when a different construction method breaks out and is used, it forces architects to reflect on how it can be used, and this has an impact on the type of architecture that will be made, it is an introduction of a new logic that with its difficulties and benefits will eventually alter the project process in some way.

What is the most challenging part of judging and presiding over a jury?

One thing that is always really difficult for me is to make comparisons between very different projects, almost antagonistic by program, dimension, client condition, etc. In the architecture category, for example, you could be evaluating a large infrastructure such as an airport and at the same time a small weekend house. Obviously, they are projects with very different complexity, type of assignment and duration, and evaluating them with the same criteria in the most objective way possible is very difficult. It is a subject that has always felt a challenge to me, both in the case of the FAD Awards and in other awards in which I have been judging. It is very complex to make an assessment that is capable of taking into account such disparate situations.

What is the most interesting part of judging?

The most interesting thing to me, because of my nature, is trying to listen to all the voices. I have never wanted to impose a predetermined vision on the jury. I have greatly appreciated the debate, and this year it has been especially long, with more than ten meetings, two initial meetings, eight days of visits and we still have another day for the final deliberations. The discussions have been wide and long, but all the positions have gradually been clarified in an almost Socratic way, through a dialogue, a debate, and little by little, without wanting to impose things and in general, there has been a certain community of vision about the proposals. There are always small controversies but not many in this edition. On the other hand, it is natural that I have a certain affinity with certain positions but I think there has been a lot of harmony with the rest of the jury.

Did you know any of the other jurors? How were the discussions?

I knew half of the jury in person, but from the beginning, it has been a very kind, interesting and enriching company. Listening to the different points of view and the perspective they have when they judge a thing makes you reflect on your own views and double-check if what you believe is actually true or you see it this way because you have obsessed with one thing. When you evaluate something, in the end, you end up evaluating your own way of doing things as well.

Do you think the jury experience has an impact on your practice?

I think so. On a day-to-day basis, sometimes you get stuck in the small or big problems or obsessions of each project, but there are two moments that are good and necessary to get out of there and see things from another perspective. One is teaching, where you isolate yourself for a moment from the more pragmatic world of the office and you can reflect on other things that later influence the way you work. Another time is to participate in a jury, and it is really very educational because it helps you re-establish priorities. In the day-to-day, it is easy to take a short-term approach to things and the task of judging gives you a more long-term perspective. When you go to see a work and you have to evaluate it, you connect with the fundamentals, the basic things, essential issues. The little things or small accidents that exist in every project, if the work is consistent, don’t matter that much. Reflecting on what the priorities are for good architecture is really a lesson that participating in a jury can offer you. It has happened to me, to go back to the studio, review a project with the team and realize that you have to go back and review fundamental issues.

The second stage of the jury consists of visiting the finalist works. How relevant is this stage?

It is very important, and it is also a very grateful experience. It serves almost as self-analysis. It makes you reflect, think things through. But it is also necessary because obviously when you submit an entry, you always try to present it in the best possible way, but the form of presentation, in this case, a panel of a certain size and with a short description, has limits. Sometimes, the material that is presented is not entirely explanatory, you have to guess things, and you do not have all the information to get a complete and defined idea. In this case, the visits are key to get a more comprehensive view. Sometimes you go there and what you guessed is there indeed, but in others, there are things that are just missing, that have not really been taken into account.

Sustainability is a big topic in the current context, does it translate into the pieces presented?

Yes, of course. It depends a bit on the type of project, but it is certainly an important topic. In the last decade, it has become especially relevant and there are many projects that reflect on it. For me, it is really important and interesting when architecture is capable of reflecting on the subject but contributing something else. The idea of sustainability does not have to be reduced to a technicality, to the fulfilment of certain criteria. There may be buildings that are highly efficient from an energy point of view, but they cannot go beyond a mere technicality. Obviously, energy efficiency requirements are very important because they translate into an architecture that is better in climatic terms than what was done 30 years ago. But I think that when a project is good, it is because it is capable of considering these factors but also of using them almost as a pretext for a narrative on a different architecture: discovering a new perspective, a new way of understanding a planimetric scheme, how the structure of a building is or how this can influence a linguistic vocabulary almost of the architecture itself. These are the works that interest me the most: when this apparently technical, scientific notion is capable of giving rise to a new argument for architecture. These are the relevant works, those that establish a new perspective and understand sustainability in a broader sense: environmental, energetic, climatic and humanistic.

We have worked a lot abroad and we have a very clear vision of the architecture that is made in Europe and we do notice a certain idiosyncrasy, a way of doing things or regarding the use of materials that has nothing to do with what is being done in Central Europe for example. The regulations are different, the energy and sustainability criteria are different, and obviously the context as well and the preferences towards certain materials. The use of concrete, for example, which is very widespread in Europe, is a bit demonized here. There are no good and bad ways, the contexts are different and mark the type of architecture that is made. What is clear is that this year we have seen some very interesting works.