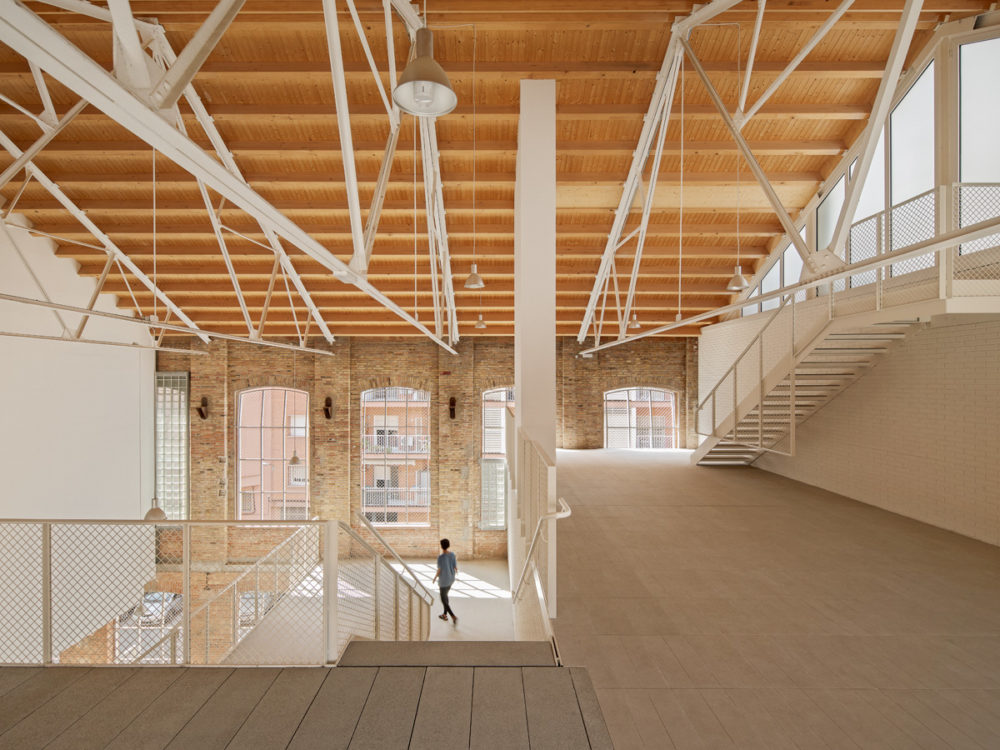 The jury of the FAD Architecture and Interior Design Awards, made up of the architect Fabrizio Barozzi as president and Agnès Blanch, Daria de Seta, Manel Marín, Pedro Matos Gameiro and Rosa Rull as members, has announced the winning projects of the 63rd edition. The winning works have been chosen from among the 21 finalist projects out of a total of 368 works submitted to the competition.

Analyzing the works brought to light the jury’s attention to and interest in projects capable of establishing sensitive and profound as well as powerful and discreet relations with their setting, whether built or natural; projects that could interpret the place and offer an unexpected reading of difficult as well as delicate contexts.

The jury also recognized and valued “projects that question ways of inhabiting, that look for solutions capable of defining new scenarios for private or communal life; projects that investigate new construction systems, that propose environmentally aware solutions and experiment with an attentive and calibrated economy of means”.

All the categories of the prizes included significant works involving the refurbishment or reuse of what was there before, which the jury wished to especially highlight; “works capable of coming up with new ideas for preservation and reuse, finding, in spaces apparently lacking in qualities, narratives capable of unveiling the transformative potential concealed in places or buildings.” 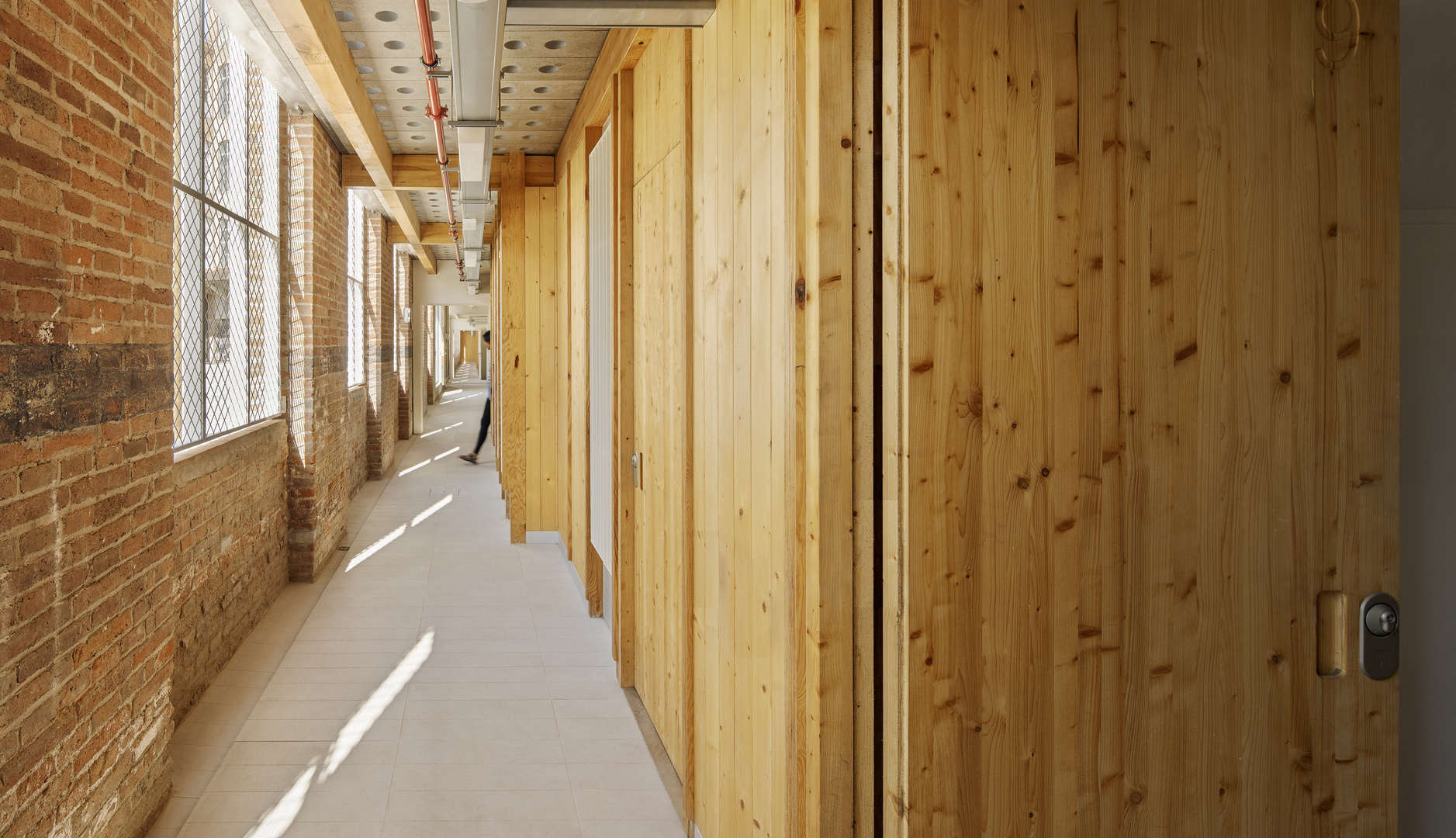 The FAD Architecture Prize 2021 went to the Fabra & Coats & habitatge social i castellers project, by the architects Mercè Berengué and Miguel Roldán (Roldán Berengué arqts.). The jury highlights that the work “shows how the rehabilitation and conservation of industrial heritage represent an increasingly important challenge for the definition of sustainable urbanism, brilliantly solving the inclusion of a housing program in an old industrial factory of the XIX century”. 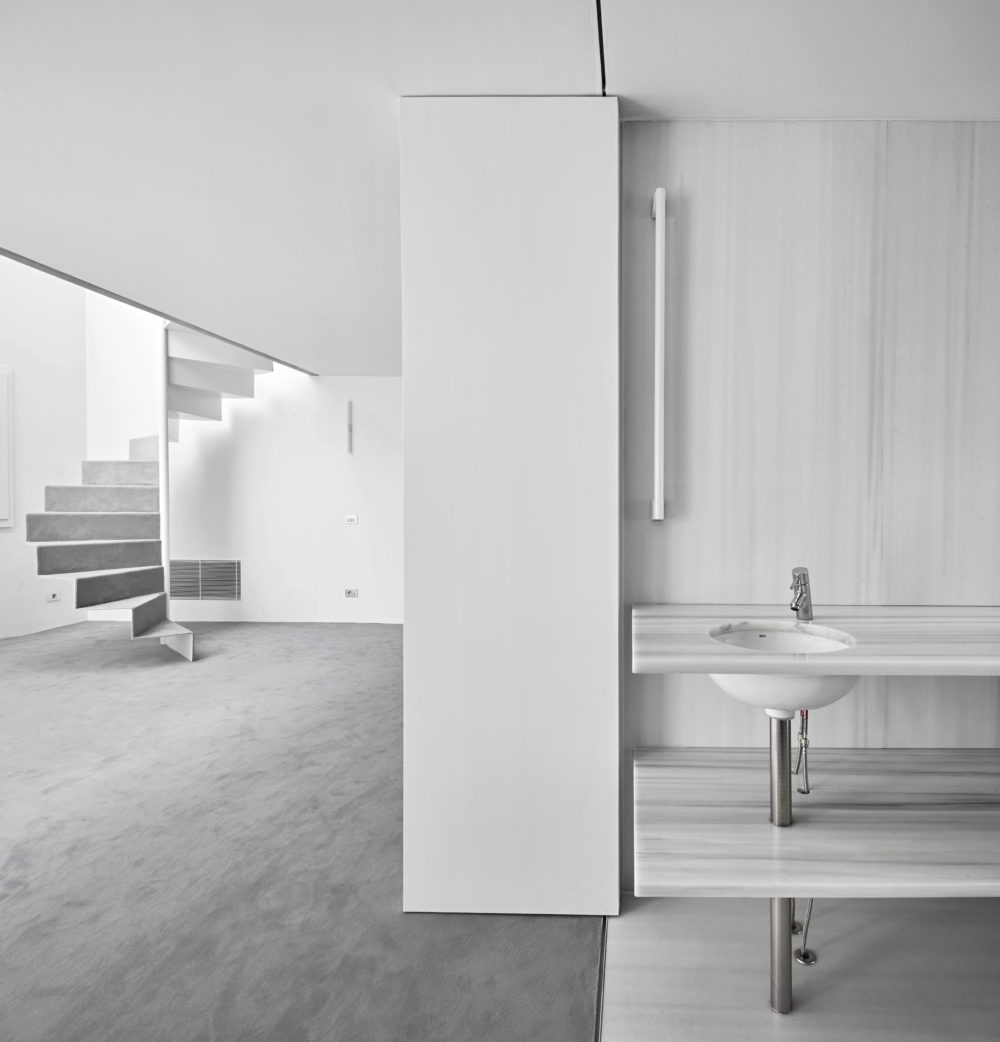 The Estudio Omar in Barcelona, ​​a project by the architects Jordi Ayala-Bril, Jonathan Arnabat, Aitor Fuentes, Igor Urdampilleta and Albert Guerra (ARQUITECTURA-G) has received the award in the Interior Design category. The jury considers that the project stands out for how it “plays with a skillful balance between a double-height interior landscape flooded with overhead light and two superimposed levels in which the cabinet-elements in the background bring together the entire machine à habiter. The spatial balance of volume and light accompanies the precision of the details and a wise and daring use of materials and construction systems “.

As for City and Landscape, the project to remodel the Plaza de Armas in Ferrol, by the architect Carlos Alberto Pita Abad, has won the award. The jury points out that “a square must be primarily a place for citizens, and the project brilliantly recovers this previously lost public vocation”. The jury has valued the “clear preference of this discreet and serene project for the domestic nature of the public space”. 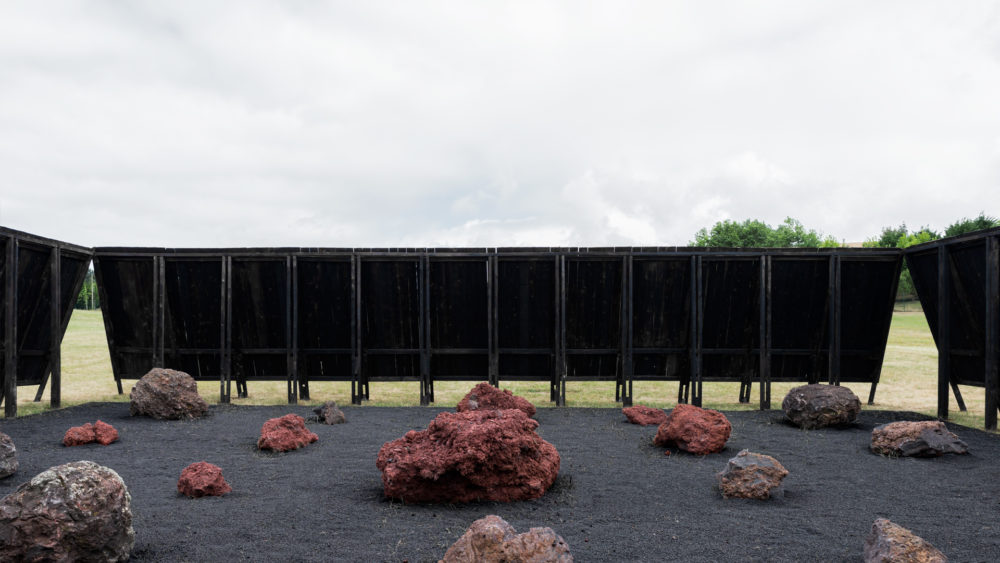 Finally, the Inbetwen project has received the award for Ephemeral Interventions. The work of the architects Pedro Ribeiro and Ana Ferreira (Pontoatelier) stands out, in the words of the jury, “for the dialogue, sensitive, enigmatic and revealing, which it establishes with its surroundings: in a green glade, a pure and black enclosure protects, without completely close the content of the exhibition, and define a simple volume that manages to activate strong dialectical counterpoints “. 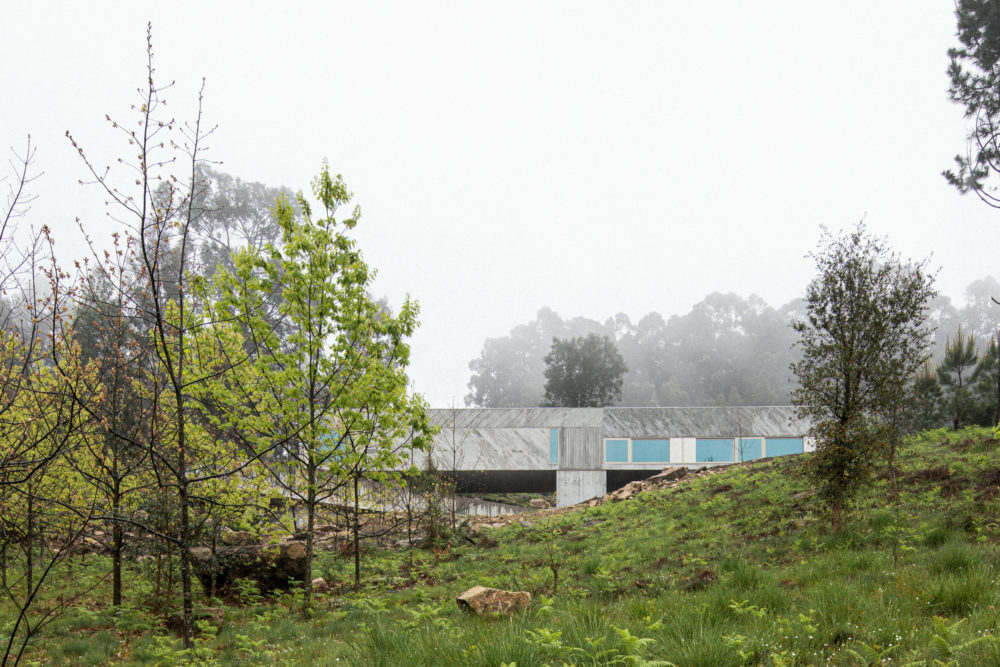 Casa no Tàmega,  mention of jury

This year’s jury has decided to make a mention in the category of Architecture to Casa no Tâmega project, by the architects Hugo Ferreira and Nuno Sousa (Cosmonaut, Lda). The jury has especially appreciated how “the elementality of the volumes opposed to the rugged topography of the surroundings and a careful choice of the position of the house on the ground establish a radical counterpoint with the landscape, and give shape to a direct dialogue but sensitive to the immediate and distant natural environment “. 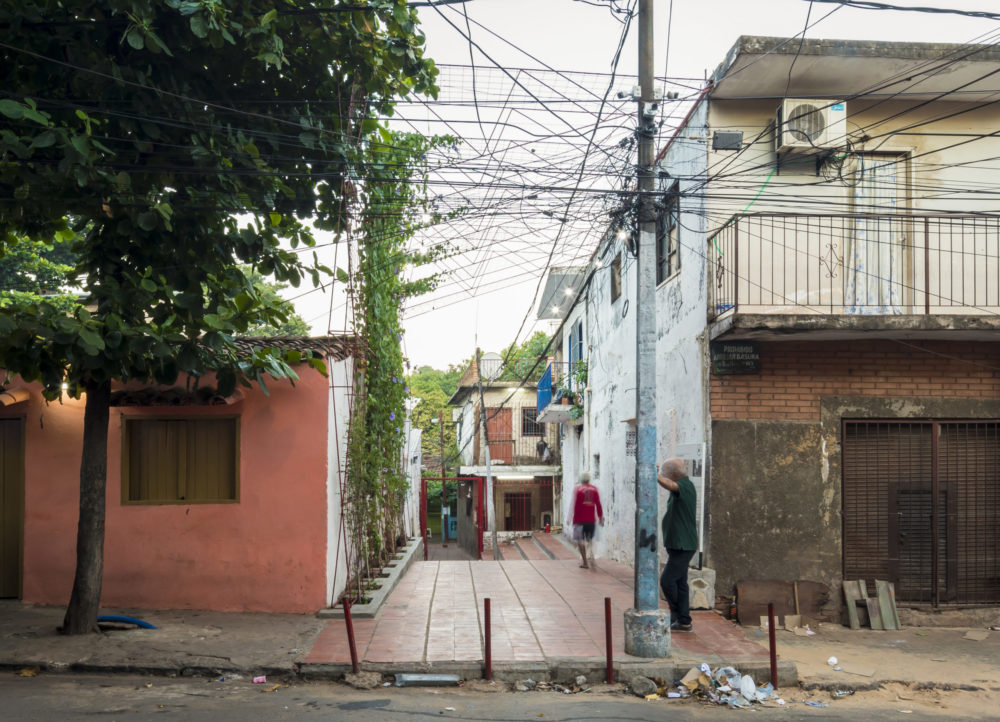 The winner of the award has been the project Interventions in the Chacarita neighborhood (Paraguay), a work by the architect Arturo Franco and the journalist Ana Román as curators, the architect Joset Cubilla, (Paraguay coordinator) and other architects of XI BIAU.

The jury, chaired this year by Ricardo Bofill, with Lucía Ferrater and Pau Sarquella as members, values ​​the work that “in the face of the global climate and social crisis, the proposal reflects on the meaning of architecture, and does so with the understanding that it is in urban realities where self-construction and the lack of planning are endemic, and that is where it is most necessary. ”

It also highlights that the project “transcends the commission to organize a temporary exhibition to become an opportunity to improve public space through the exchange of knowledge that is established between residents of the same community and young architects. Beyond the final result, which is also remarkable, the attitude and intentions of the project curators are rewarded, who establish a precedent in the organization of this type of events that must be learned from and that must be repeated “.

The jury, formed by Jorge Torres as president, accompanied by the members Susana Landrove and Joan Olona decided to Thought and Critique FAD Award (joint) to the “Habitar el agua” and “Palladio e o Moderno”. 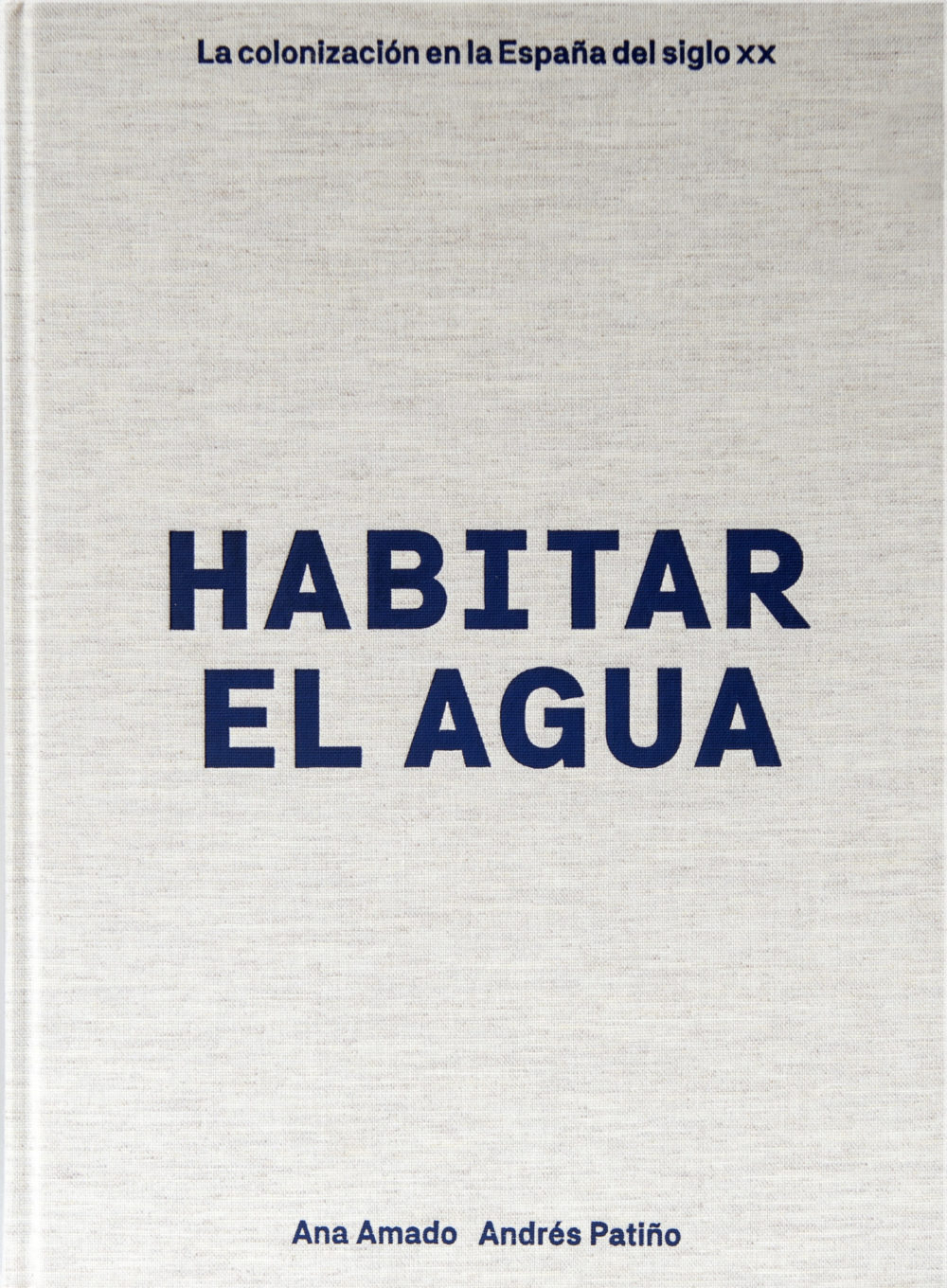 “A group research work that seeks to give an account of the scope of the work carried out by the National Colonization Institute from a contemporary viewpoint, together with the traces left on its villages, reconstructing an experience underpinned to a large extent by the hydraulic works that ensured their survival over almost eighty years, making it worthy of this joint award for Thought and Critique.” 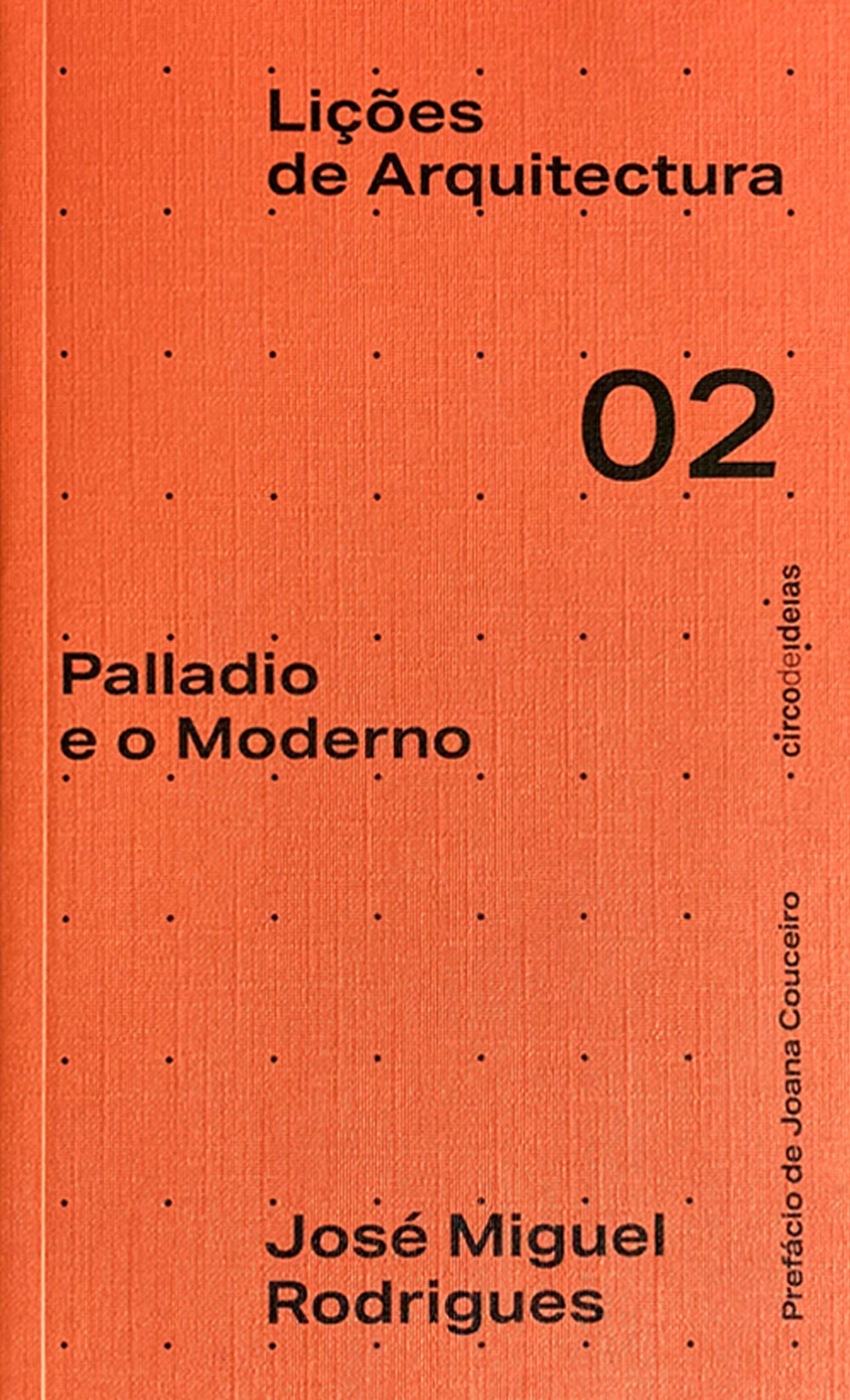 “This constitutes a major contribution to architectural critique and a contemporary vision of our past that makes it worthy of this joint award for Thought and Critique.” 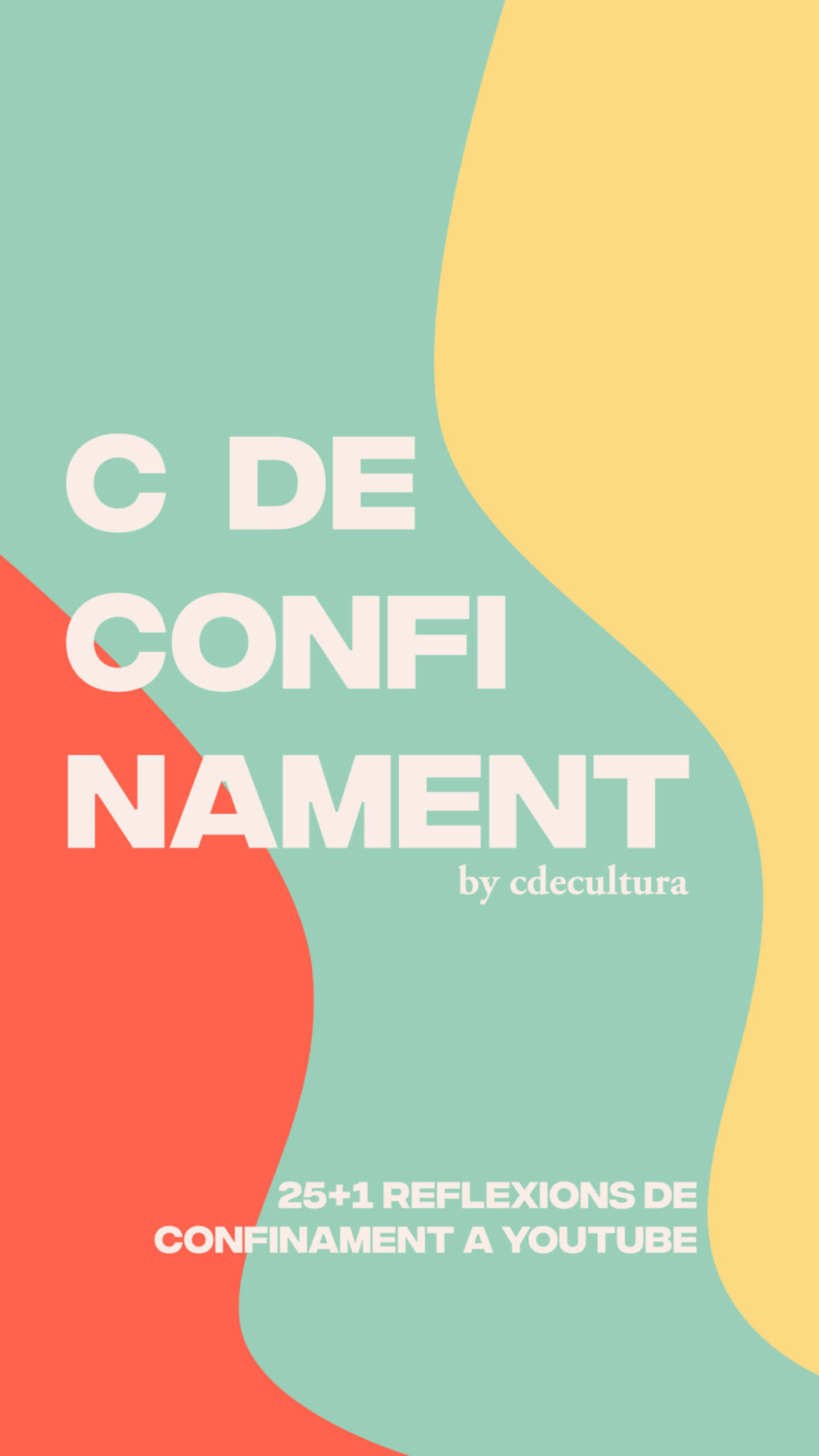 The jury also makes a mention of “C de confinament”, a project that “generates a space for dialogue and discussion in the name of a new beginning in which thought, debate and knowledge are its protagonists”.

The finalists of the Architecture and Interior Design FAD Awards and the members of ARQUIN-FAD give with their votes the Opinion Prize for the different categories. This 2021 the winners have been: 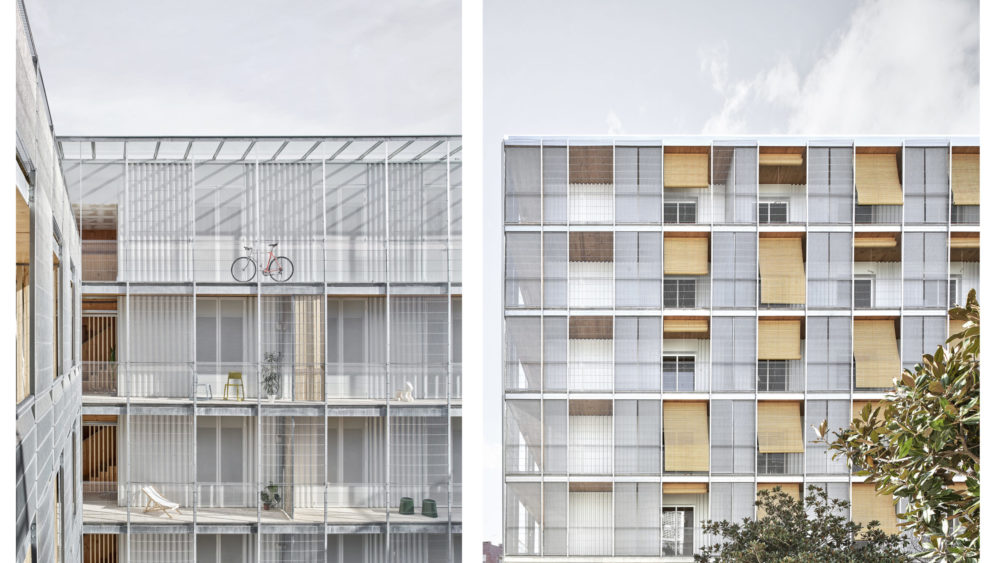 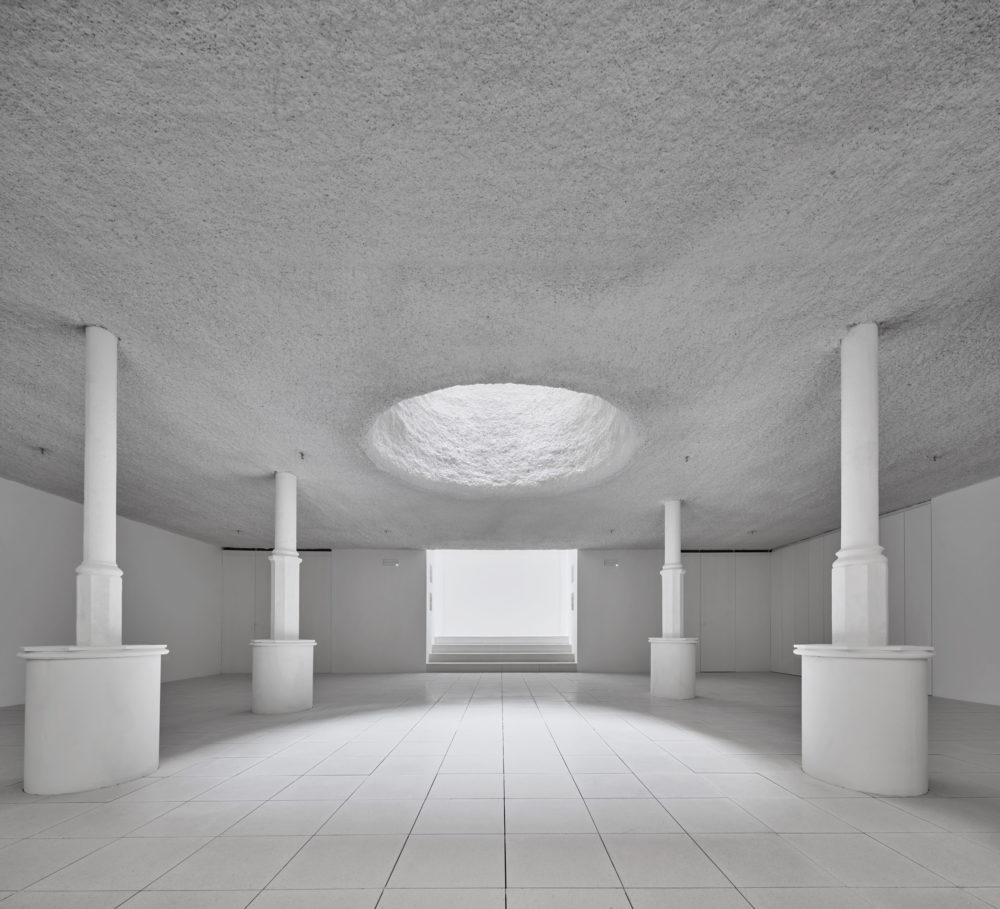 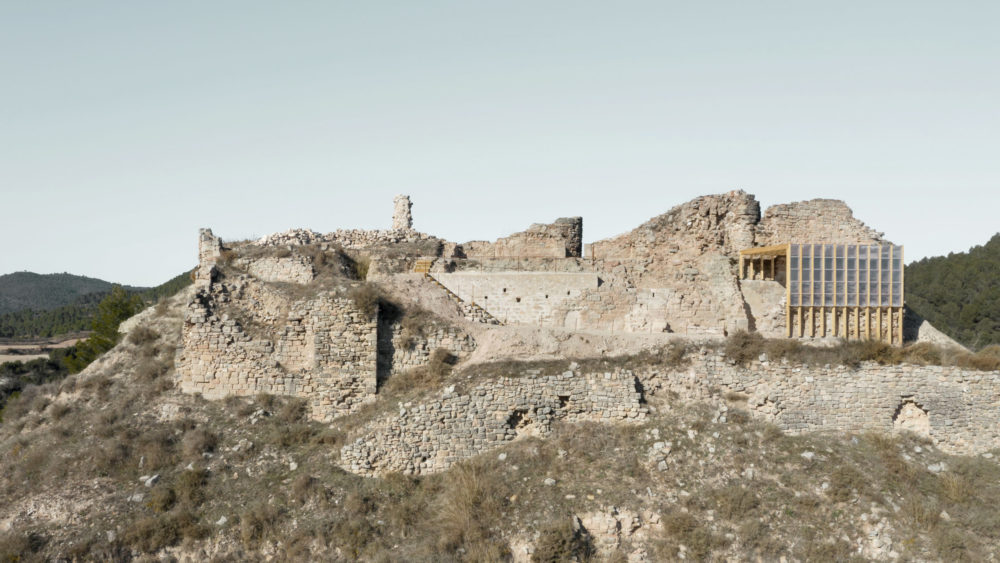 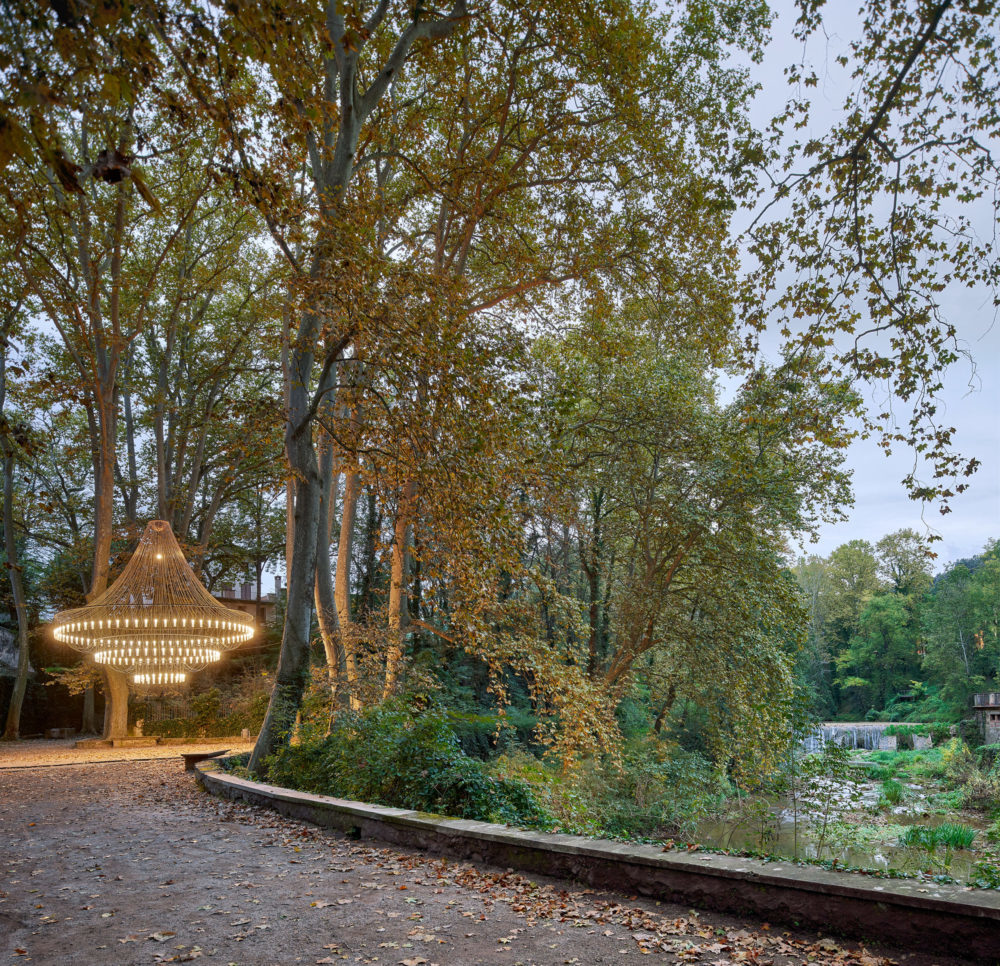 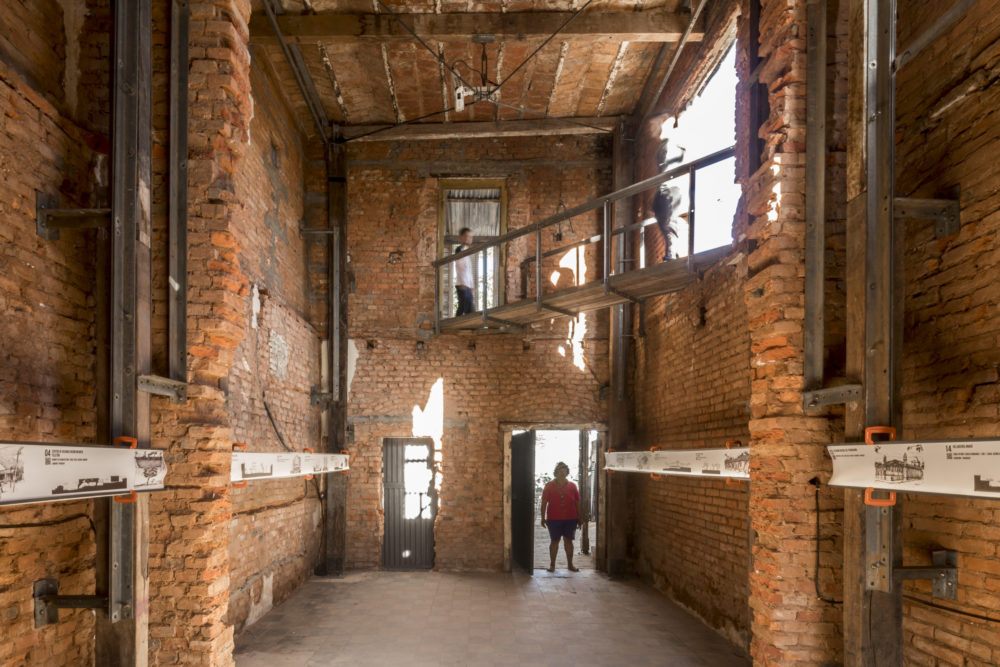 Thirty-three editions of these awards open to architecture and interior design students. Under the banner of “The 21st-century street” they address the issue of public street space in towns and cities that, filled to the brim with contraptions and various elements, generates permanent conflict

This year a total of 35 projects were entered, of which 10 were shortlisted. The jury, which comprised the chair Maria Buhigas plus Lola Domènech, Joan Vitòria and Roger Subirà as members, decided to award the 33rd Habitácola Award, “The 21st-Century Street”, jointly to the Panot XXI and Homo Ludens proposals.

The jury valued the simple yet forceful nature of the proposals, which address the main questions raised in the debate on the streets of the 21st century

In the Panot XXI proposal we especially valued the commitment to rethink the street according to the paving piece, the basic and key element in formalizing a street. A risky proposal that concentrates everything on one sole decision, one that in turn responds to the three basic principles of Venustas (beauty), la Firmitas (strength) and Utilitas (usefulness or functionality). 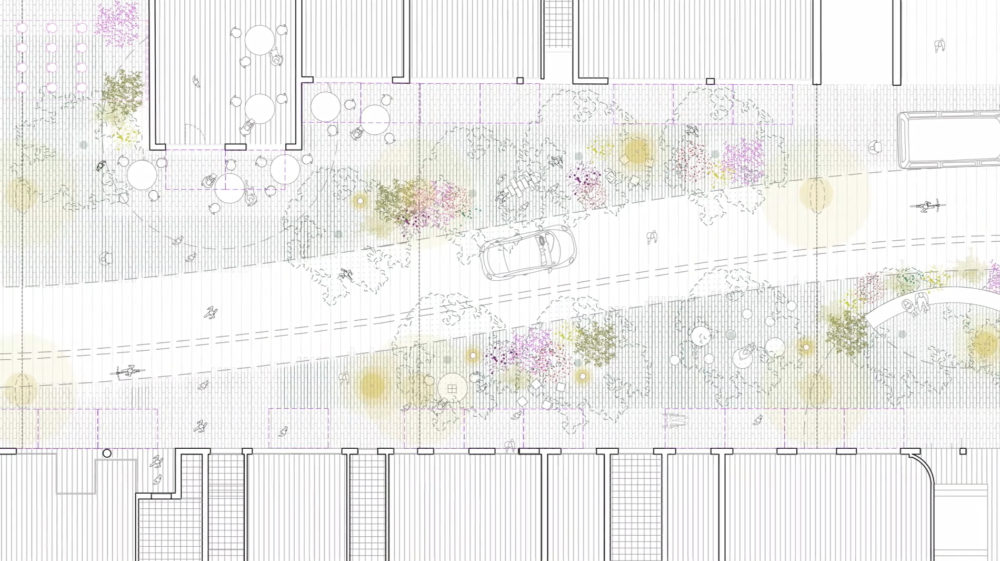 In the Homo Ludens proposal we especially value “the ability to reconsider and modify the functional scheme of the traditional street, enlarging the pedestrian space, creating spaces for idling and others for transit without loading them with furniture while reducing the travel speed of vehicles. This is a suggestive project that highlights the new mobility, thought out from the logic of the pedestrian and not only the car”. 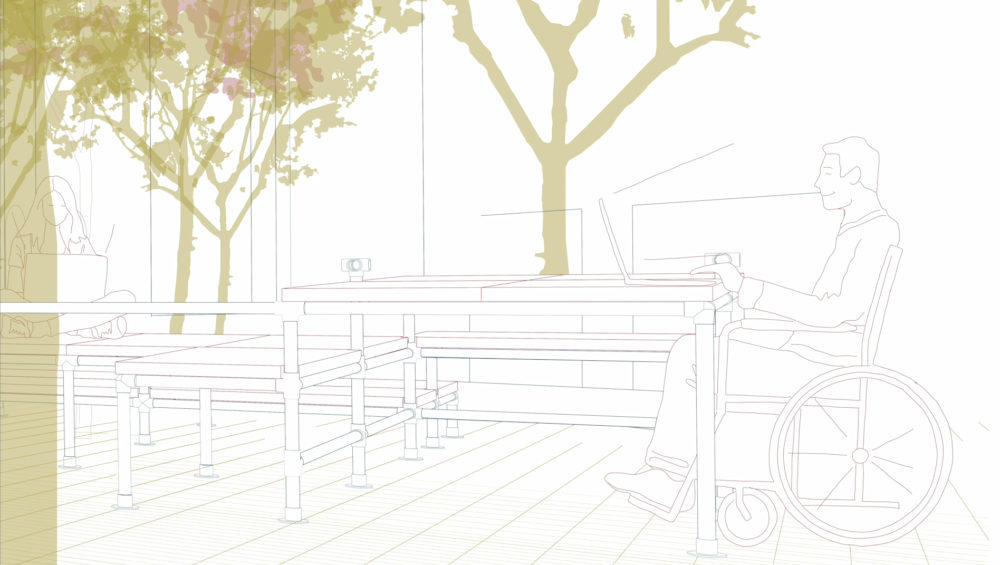 Finally, the jury wanted to mention the “Trencant barreres” (Breaking down barriers) proposal for the quality of the work. We especially valued its design and the good way in which the whole was resolved. 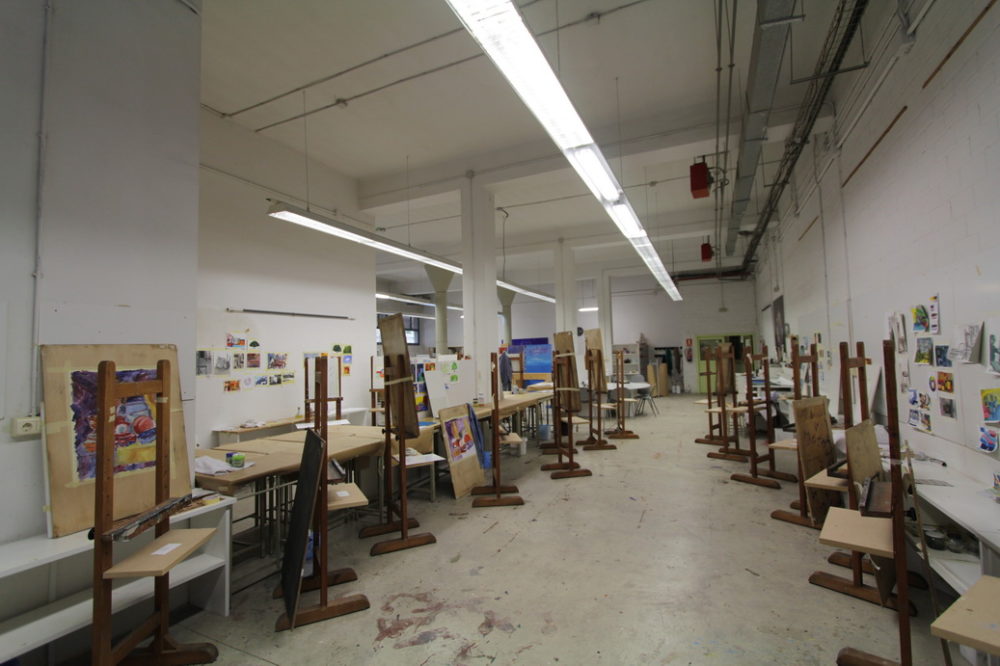 In regard to the award to the schools, the jury decided to recognize the Municipal Art and Design School of Terrassa in recognition of the quality of the work they entered, from a graphic as well as an audiovisual point of view, although the proposals (three were shortlisted) were deemed to be too invasive and unwieldy.