Having hitherto been head of training, he embarks on his new position determined to create synergies between new materials, creative professionals and business. 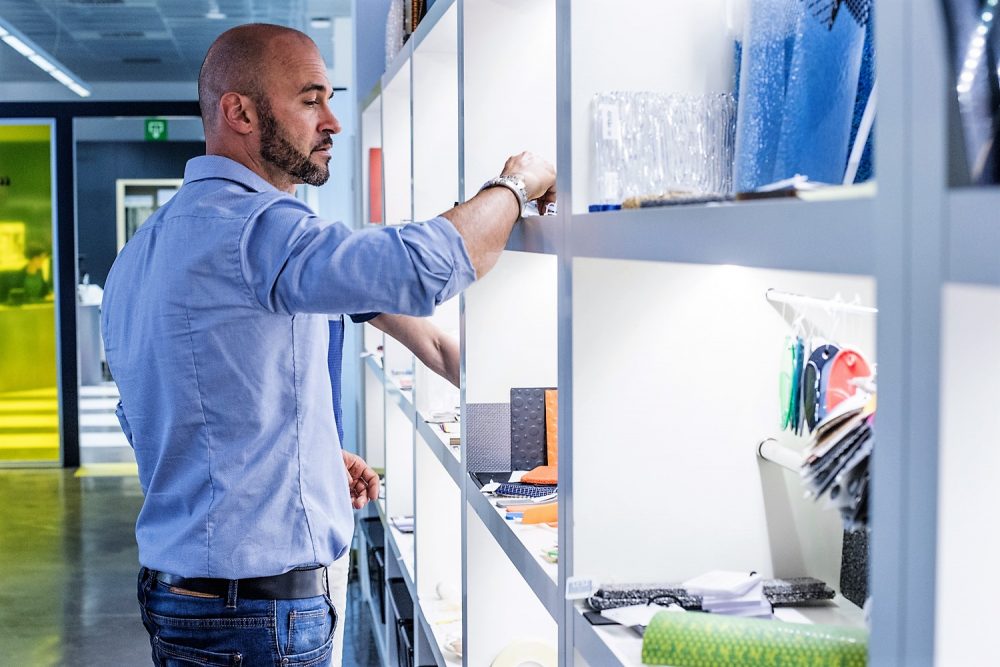 MATERFAD has a new scientific director, Robert D. Thompson, who boasts a multifaceted profile and is determined to create synergies between new materials, creative professionals and business. His academic background and professional experience give us a few clues as to how he will achieve this.

Far from deciding to devote himself to the creative disciplines, which were fields that came naturally to him, Robert Delano Thompson decided to do the scientific baccalaureate and study coldly rational engineering. He believed that creativity could flourish in any field he chose to enter.

From Italy, where he lived during much of his childhood, he moved to Boston. From 1997 to 2001 he studied mechanical engineering applied to medicine, with a double major in medical prosthetics and medical ethics at the University of Massachusetts Amherst. After working for a time he decided to continue his education and, after spending a few months exploring ideas, he was accepted at the Art Center College of Design in Pasadena, California. His portfolio of ideas, on which he worked during those months, was the key to winning the scholarship that enabled his studies.

At the ArtCenter College of Design he studied product design and automotive design from 2003 to 2007. Thanks to his good academic results he was invited to form part of an international programme that took him to France, to the INSEAD business school in Fontainebleau, where in 2006 he followed a special programme combining product design with business strategies. 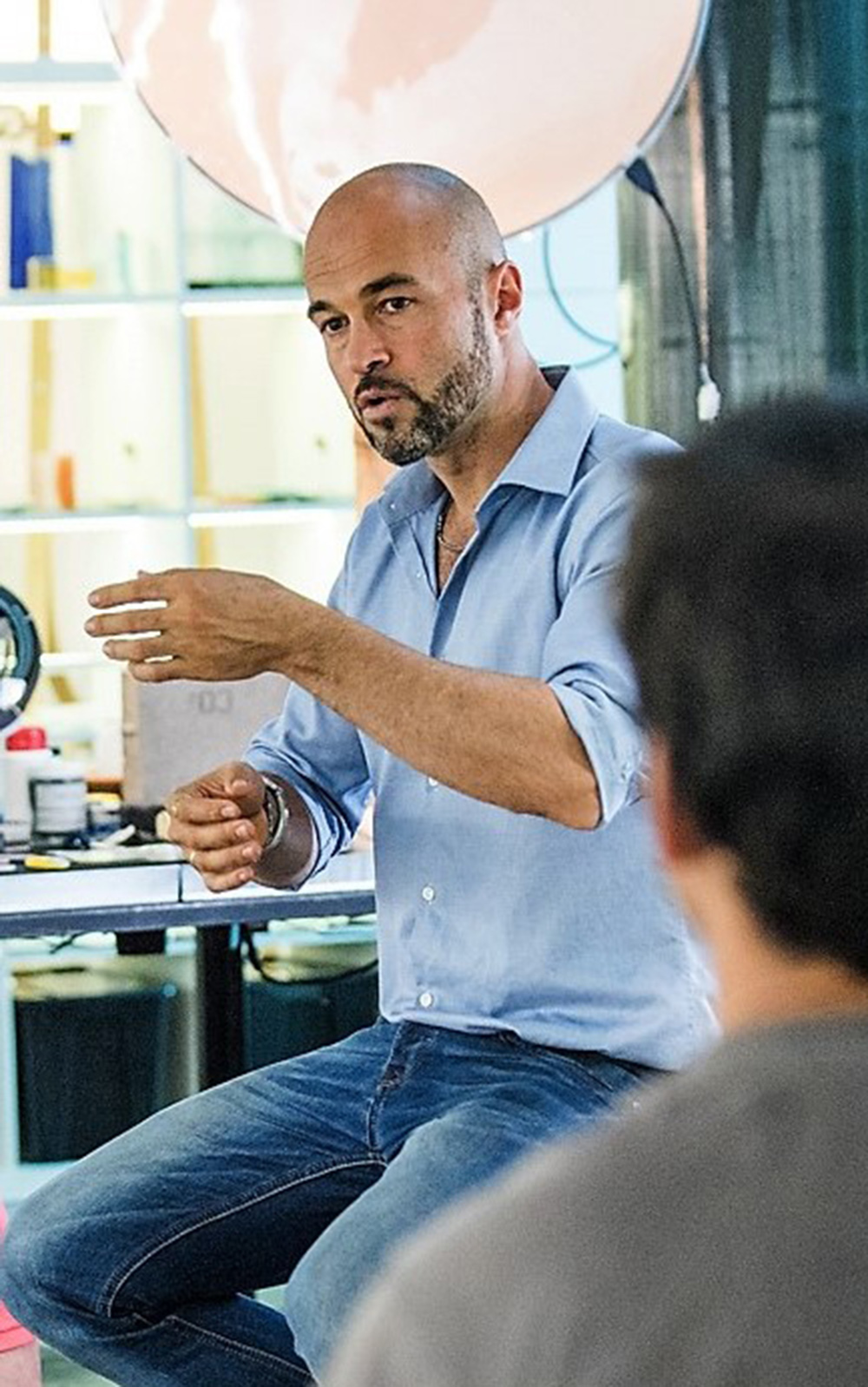 After his French sojourn he lived for several years in Italy, where he worked on multiple projects as a product designer applied to the fields of beauty and furniture, and in California, where until 2012 he pursued his career as concept designer and art director.

By then his inquiring mind had already forged a crucial idea. The technical, creative and economic disciplines needed to establish a dialogue between them, engage with each other, so as not to make the same mistakes again and again. He realized that, in order to integrate these disciplines, materials played a fundamental role, which is how he set out to study chemistry and materials in order to round off his vision of what he denominates “somatics”, a new methodology being developed on a theoretical level that integrates the project’s technical, creative and economic legs we mentioned earlier.

In these past few years Robert D. Thompson has been engaged above all in teaching at various university schools such as Elisava, IED and Llotja in Barcelona. He joined the MATERFAD team two years ago as head of training. Now, as scientific director, he is responsible for the in-person and online training programme of the materials centre, defines the research and knowledge dissemination lines, directs the materials acquisition programme, supervises the drafting of content for the projects and workshops in which MATERFAD participates and directs the materials consultancies requested by businesses.

As Thompson says, MATERFAD is a centre where his somatic methodology is easily applicable, since it connects the technical part (exhaustive knowledge of new materials) with the businesses that use its services and with the creative disciplines represented by professionals from the fields of design, architecture and the arts that comprise the FAD.